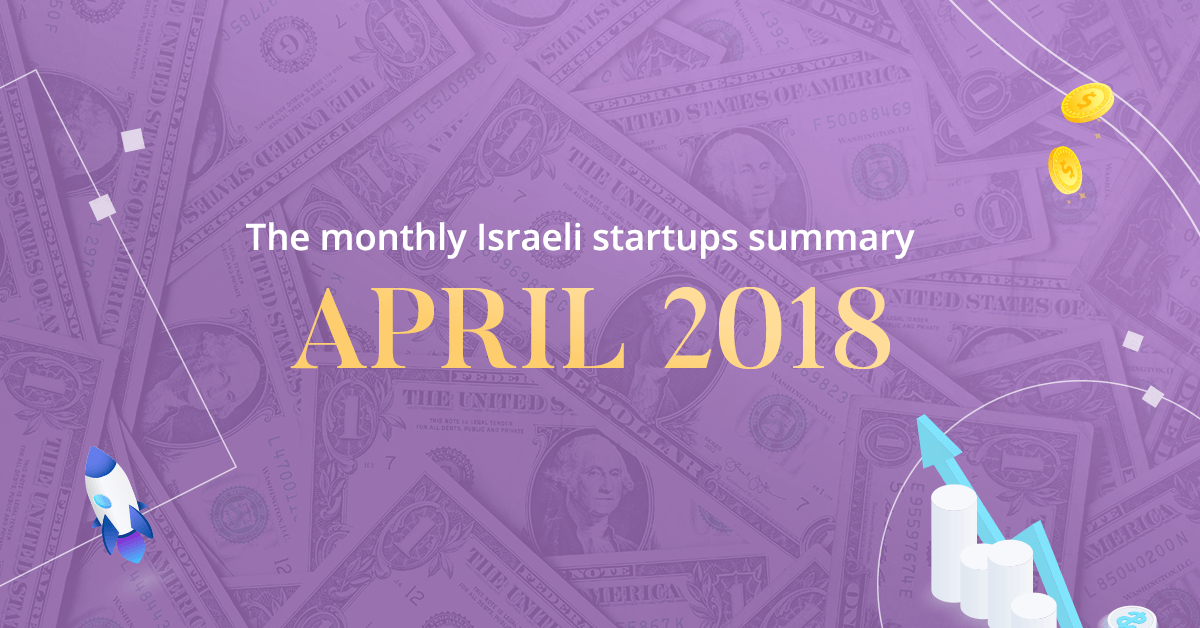 April ended with not over 33 deals (That we know of), and with great numbers! To be more accurate, 33 Israeli startups raised $468.1 million this month. Awesome!

On top of the list – Selina. That’s not a startup. Well, not the kind of startup that you’d expect to find in a tech-oriented list. Selina is a hostel chain that was founded by two Israeli in several locations across Latin America. Now, Selina is more than a hostel – It combines a co-working space for travelers, tours, wellness centers and more, in one place. The chain’s rapid growth led to their latest investment – $95 million from Abraaj Group and the co-founder of WeWork, Adam Neumann.

$70m investment goes to V-Wave, an Israeli medical shunt developer, treating patients with heart failure. Since it was founded in 2009, the company raised $100m. Their heart still keeps on beating.

Heading next to visual management company Applitools that made it to the list with a shiny $31 million in a series C funding. Applitools is used by hundreds of companies to enable AI-powered visual testing and monitoring. So far, the company raised $41.5 million. Way to go!

NEXT! IoT Security company Armis grabbed themselves $30m in series B funding to continue making IoT more secure and safer. The company was founded in 2015 and since then raised a total of $47 million. Sweet!

Genie raised $10 million for a microwave. Well, not really. They built the Nespresso machine for foods. Actually, it turns dehydrated foods in pods into hot (and hopefully) delicious meals in three minutes or less. The Genie is smart enough to know how to make every food, and how to boil, heat or chill it. One of the founders of the startup is Professor Dan Ariely. 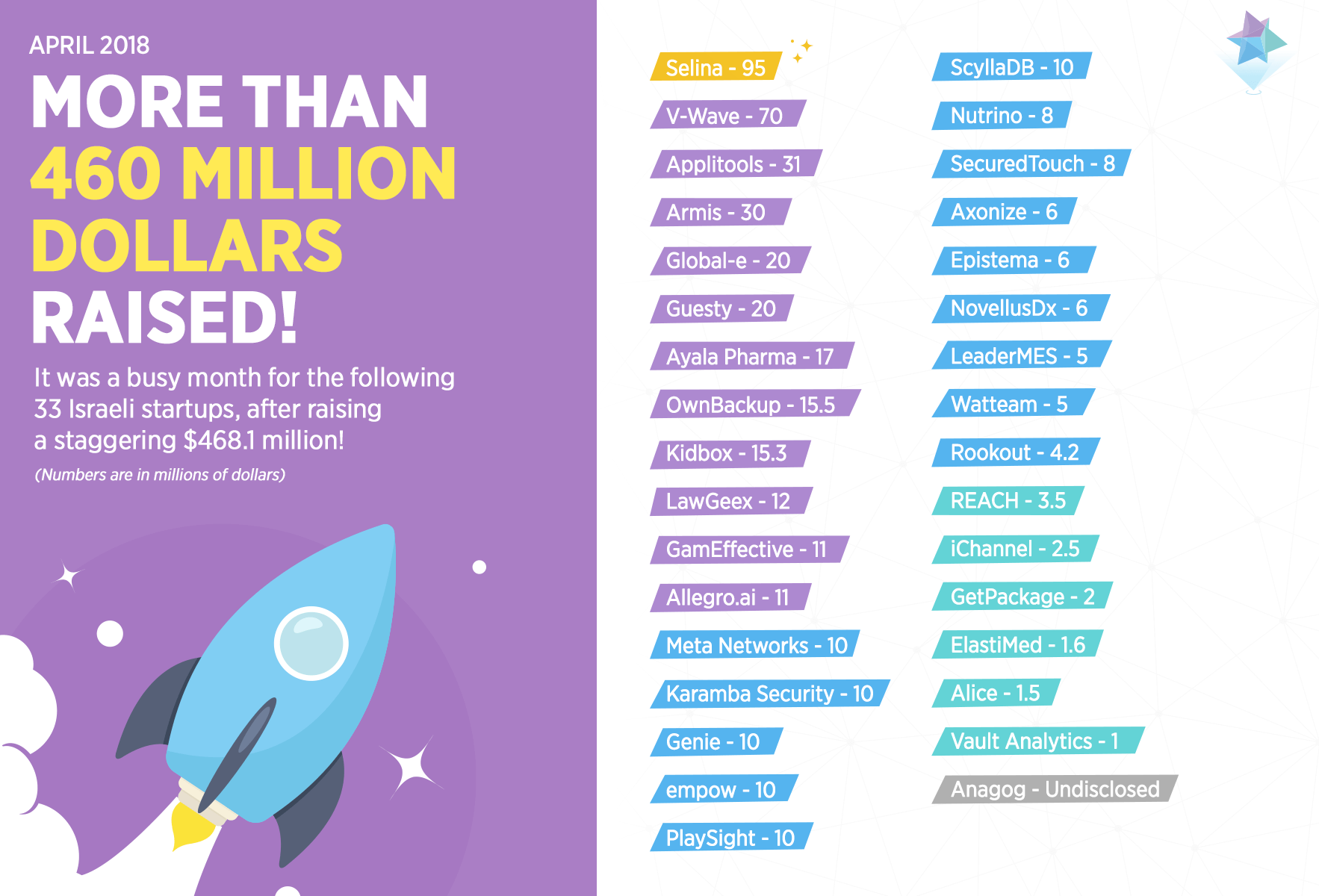