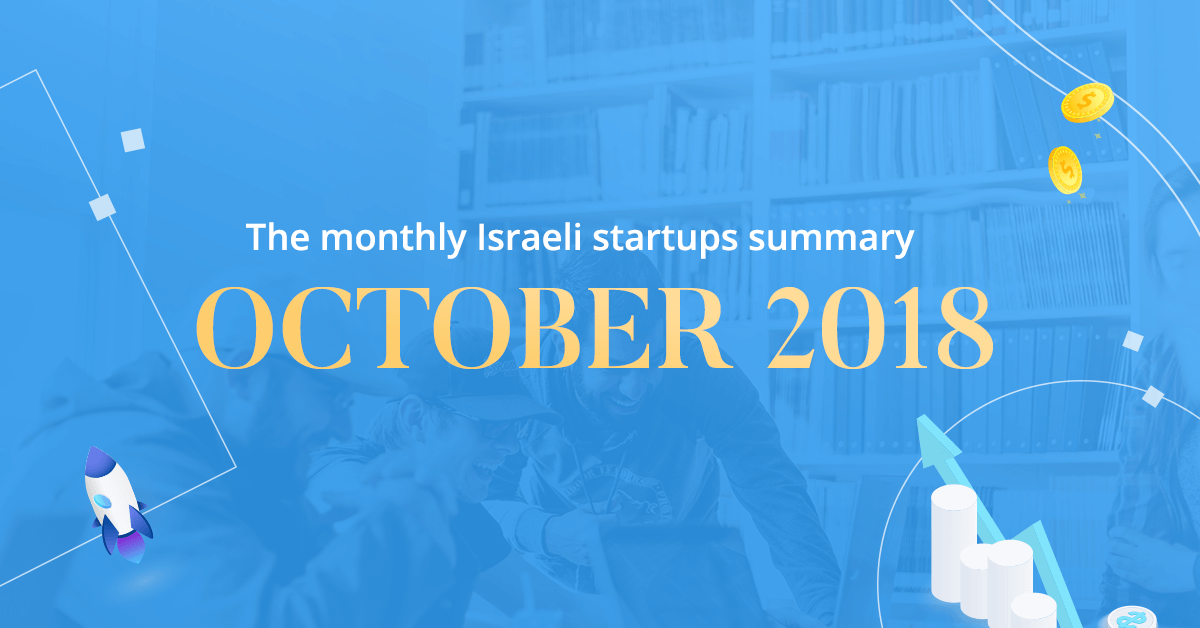 AN INFOGRAPHIC OF 35 ISRAELI STARTUPS WITH ONE THING IN COMMON - THEY ALL RAISED SOME $$$ THIS MONTH.

We thought September was a busy month with record-breaking fundings, but it seems that October just topped it: 35 startups (that we know of) raised more than $626 million. That’s impressive.

Let’s kick off with the most significant round of this month – JFrog scored $165 million in funding. The startup’s huge D round was led by Insight Venture Partners and others. JFRog is a DevOps platform, founded ten years ago and raised a total of $226 million. The latest round gives the startup a valuation of way more than $1 billion, which means we have a new Unicorn.

Another company worth mentioning is ClimaCell. Based in Massatsuches but managed and founded by Israelis, the company announced closing a $45 million B round and the opening of a small office in Israel. ClimaCell is an innovative weather forecasting company that developed the most accurate microweather™ data in the world.

Moving on to security operations platform Demisto that raised $43m in an impressive C round. Demisto was founded just three years ago, and already raised a total of $69m. Way to go!

Autonomous industrial drones startup Airobotics keeps reaching new heights: They raised $30 million this month in a new financing round led by Pavilion Capital. That’s Airobotics’ second round this year after they raised $10m in January and $101 million in total.

“What if your website had a brain?”, asked big-data company Glassbox on their website. “Well, that’s a great question. Take another $25 million and give me the answer.” replied Updata Partners.

Kaminario, one of the bigger “players” in this month’s list raised $25 million from Western Digital Capital, which is “nothing” compared to the $75m the storage solutions company raised in the previous round. Anyway, Kaminario raised nearly $250 million in total.

Another “QA” startup that made it to October’s list is Kitov Systems that raised $10 million in A round led by German company HAHN Group. KITOV developed an automatic solution for visual inspection of products, from every industry.

Israeli-founded startup Snappy, headquartered in the US, also raised $10m in funding led by 83North for developing personalized corporate gifts platform. It looks like the employees at Snappy got the greatest gift of all – money.

A personal favorite of ours, Jolt, raised $7.2 million from PICO Venture Partners. Jolt is a “gym for your profession.” For a monthly fee you can join as many sessions and workshops as you want – About UI/UX, product management, marketing, entrepreneurship and more.

HomeBiogas, a backyard appliance that turns your food and animal waste into Biogas. They turned a green idea into profit and raised $4.6 million from Engie, who now owns 13% of the company.

Every business dreamt he could follow his customers’ footsteps, who are they, know where they came from or where they headed next. Placer.ai might make this dream come true, and they just got a $4 million investment to make that happen.

Let’s end the update with one of the most brilliant and promising startups – Wasteless. The company developed the world’s first machine-learning solution with real-time tracking for supermarkets looking to offer customers dynamic pricing based on a product’s expiration date. Saving the planet while saving money. Pretty nice. They raised $2 million to begin their journey. 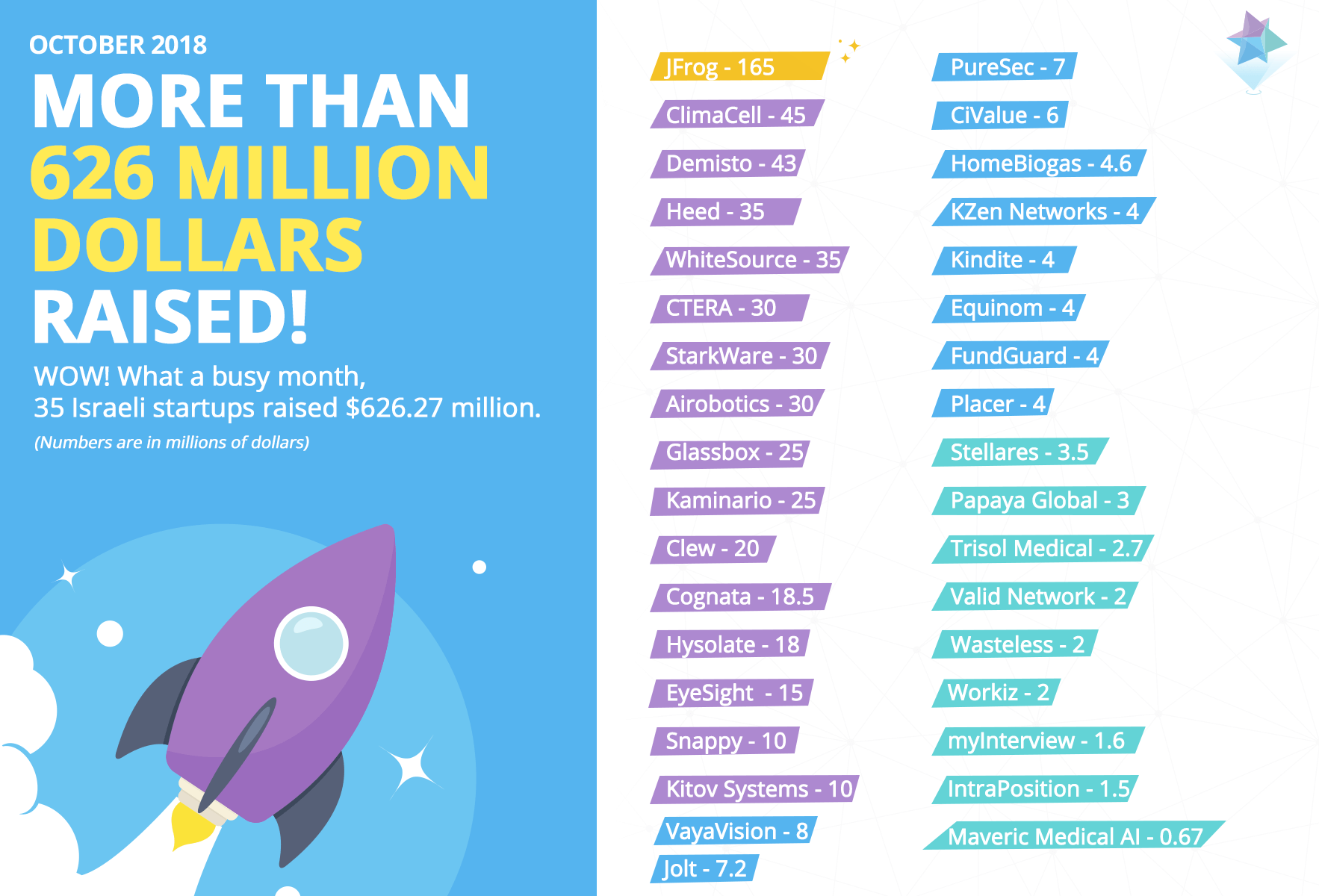 Just like they say in Looney Tunes – That’s all, folks.
Don’t forget to follow our Facebook page to learn more about startups, events and things you shouldn’t miss.