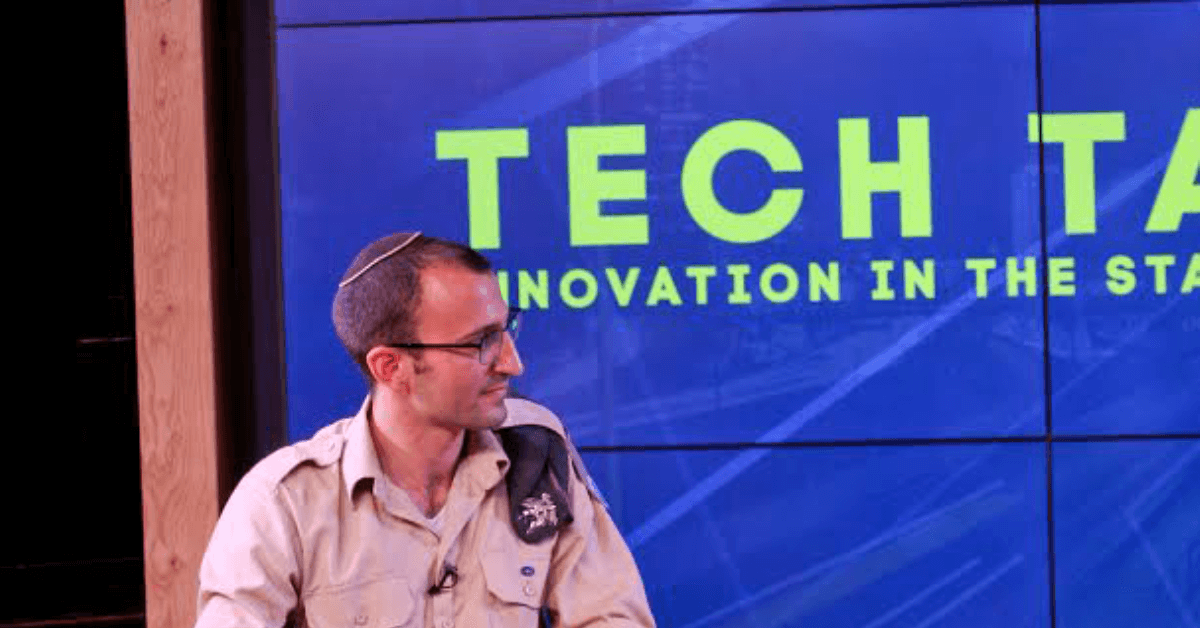 DID YOU KNOW THAT THE ISRAELI AIR FORCE HAS AN INNOVATION UNIT THAT MAKES THE SOLDIERS' IDEAS COME TRUE? ILAN REGENBAUM FROM THIS UNIT WAS HERE TO TALK ABOUT IT

For years, the IDF was perceived as an archaic body compared to the world of innovation and the flourishing Israeli ecosystem outside the army borders. Well, no more.
It’s time to meet the IAF Innovation Department – The unit that listens to soldiers’s ideas, and puts them into action, to make the IDF units smarter and more efficient, for everyone’s benefit.
We had an interview with Ilan Regenbaum, the head of business development of this unit, who shared with us his unit’s activity to make the IDF great again. Or just smarter.

So, tell us about yourself
My name is Ilan Regenbaum, I’m head of business development and partnerships in the Israeli Air Force Innovation Department. I moved to Israel from the US two years ago, after studying in New York and founding a few of my own companies. I worked in startups, at a VC fund in Tel Aviv and I’ve been very involved in startup scenes in New York, where I studied, and Atlanta, where I grew up. I’m now trying to get more involved in the innovation ecosystem and make a bigger contribution to the IDF and the greater Israeli startup ecosystem.

What exactly are you doing in the IAF? What’s the goal of the unit?
I’m in charge of partnerships and business development in the Israeli Air Force Innovation Department, which is a new unit that hopes to change the way the army functions. The goal of this unit is eventually be the center of innovation for the entire army and to create a culture of innovation across the IDF. A culture of innovation means letting simple employees express themselves and bring problems or solutions to the table. In most of the units in IDF, when a soldier sees a problem on the ground, something that’s inefficient, that’s wasting money, and they have a solution for something like that, they tell their commander and it goes up the chain, but often it does not go anywhere because the army is a big organization and solutions do not always make it the the right decision makers.

We provide a platform, and services that allows innovation to come from anywhere. For example, our software platform allows soldiers to submit problems that they see on the ground and offer their solutions… it is just like a ProductHunt where you can vote those solutions up. Our unit then helps develop those ideas and build teams to turn those ideas into projects that solve problems.

When was this unit founded? How do you operate?
The unit is very young by army standards, and is only getting started. While it has been more active in the last year, but it was technically founded a few years ago. It works very much like a startup, with project managers that manage the ideas that come from the software platform, community managers that are in charge of making sure soldiers and civilians know what we do and how they can be involved, people who work on marketing and strategy, and people like myself who focus on business development and on running specific projects within the unit. Additionally we are always looking for motivated soldiers and other influencers to approach us and to act as champions within their units and companies, letting others around them know that they can help solve problems. We are not here to disrupt the army, but to make it more efficient and to benefit everybody. “No ego” is one of our mottos… we are here to help facilitate innovation.

Is there any interesting project that you can speak of?
I can talk about one project that we were involved in, where we didn’t do the innovation but we facilitated it from behind the scenes. There was a soldier sitting on an air force base down south, and she saw that they would leave the runway lights on every night. She thought that it must waste a lot of money leaving them on, when there were no planes landing. She asked her commander why they were not turned off who basically said it was to annoying to turn them off, so they would just leave them on all the time. She then uploaded this to to our software platform, we did some research and learned that it cost 10 million NIS a year to keep the lights on when they were not need. We then went to a number of different units that were involved in keeping the lights on and told them they’re wasting their budget and offered to help them find a solution. They agreed, and we were able to facilitate the finding of a solution that saved millions of Shekel for very little effort and not a lot of investment. An example like this “glorified light switch” may not sound cool or innovative, but that is not what we are going for. We want to provide soldiers with the tools to solve basic problems that are often overlooked. These tools allowed for a motivated 19 year old soldier, who would have otherwise been ignored, to solve a problem and help save the IDF lots of money.

How do you think your unit contributes to the ecosystem and vice versa?
The IDF is a major part of the startup ecosystem. Programmers from technological units like 8200 can be found in startups all over the country, and teenagers in the army gain life skills and experiences that can help them succeed after the army, skills that their counterparts in other countries will never have the chance to learn. However, the relationship with the army and the greater startup ecosystem is more one-sided. The IDF invests lots into training its soldiers, and then after a few years, they leave the army and use what they learned to start companies. Our hope is to create a more beneficial relationship between the IDF and the general ecosystem. We want to find innovation wherever it may be and increase the cooperation between the public and private sectors and make it easier for these private companies to innovate alongside the IDF. It might be that the solution to a certain problem that the army has may come from a civilian company that never bother looking into army tenders because they are too complicated and time consuming to deal with. At the end of the day we want to create a more transparent and open environment by building a culture of innovation in the IDF. A culture that will benefit the IDF and the country as a whole.

So, soldiers, if you feel like there’s anything that’s needs some improving (Hint: a lot), now you know that you have someone to turn to.
As you were.