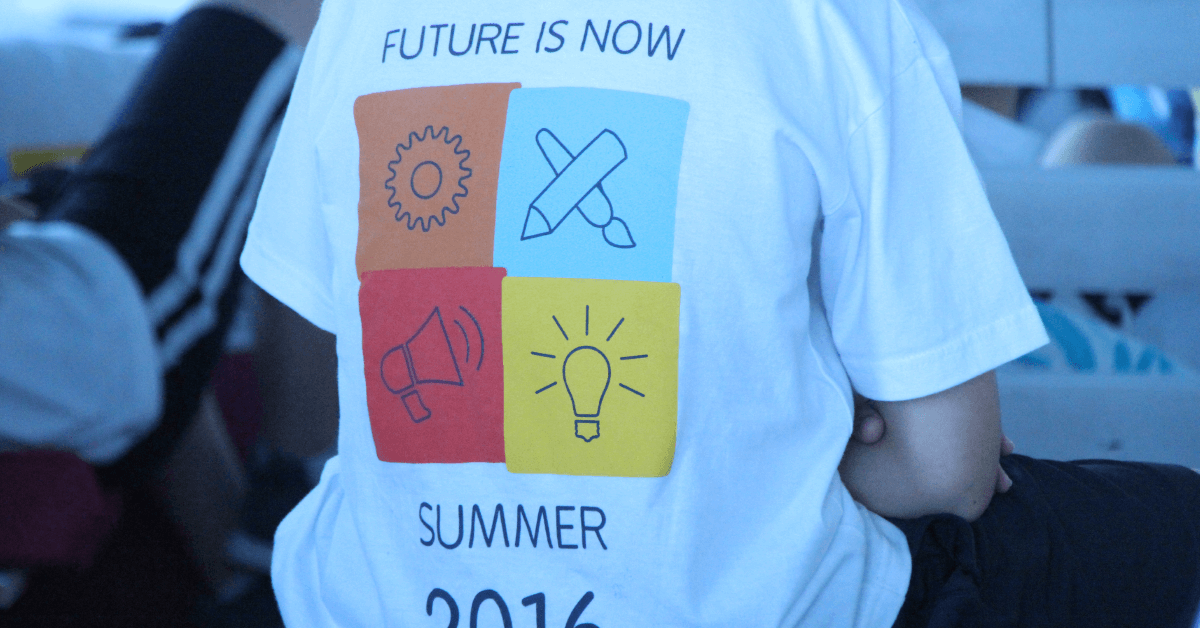 THE HUB, TEEN ACCELERATOR CAMP, VISITED OUR OFFICE AND MADE US REALIZE THIS IS THE KIND OF SOLUTION WE NEED TO KEEP THE STARTUP NATION GOING.

On July 26th we had some really special guests at our office. We hosted The Hub – Teen Accelerator technology camp, which is an all new summer program for teens from around the world. They came to Israel for a 10-day intensive accelerator specializing in either design, programming, marketing, or entrepreneurship. These kids were from everywhere from California, to Texas, France, England, Spain, and even around Israel.

It was our honor to host such a talented group representing the future of startups, as we greatly appreciate the value and potential these young minds have to offer. We wanted to inspire them too, so we shared what we do here at GKI Group. We educated them about Israel’s high tech ecosystem and shared own knowledge on 3D Printing. Because our new office only recently had its finishing touches implemented (like our new frozen yogurt machine, and restocking our claw arcade with tons of stuffed animals), this was our first big group we’ve had the pleasure of hosting.

We stand by the mission of this camp – to encourage young entrepreneurship and education, and promote coding from a young age. These kids are the next generation of high tech. It was wonderful to see their interest in the startup field and hear the passion and excitement behind the many questions they asked. We particularly watched their interest peak, with the many hands that were raised when discussing the variations of 3D Printing. When our robotics expert Dor shared that 3D Printers can now make foods and can even be purchased for personal home use, many kids expressed the wish to get their own. It’s nice and refreshing to see kids these days who are surrounded with technology and using it for more than just taking selfies and catching Pokemon.

We really hope to see more of these programs in the near future, and see more children interested in startups this early. After all, the future of our Startup Nation depends on the kids of today. A lot of the children in Israel lack in mathematical skills, don’t have their mind set on technology and don’t crave for innovation and thinking towards the future. To each his own, and every kid should stick with whatever they’re interested in, but with the number of high quality engineers dropping along with kids grades in school, we believe that it’s important to encourage these subjects while they’re young.

So, what should be done? We should encourage kids to improve their math skills (as Nafatali Bennet has set his efforts towards), talk with them, enlighten their world, sign them up for The Hub Camp or other programs such as First. We could even try and let them play with Google’s Project Bloks that teaches kids to program. In Code4Fun in Sydney, Australia, children from the age of 1 (!) learn how to code and by the age of 11 they can already make their own website. In the UK, computing has been added to the curriculum, where kids by the age of the 5 are already studying algorithms.

The world is changing and has come to the realization that kids will be future innovators, all they need is a little push forward. They are curios, quick-learners, and by the end, we’re going to depend on them.

The Hub camp was a fine example of “thinking ahead”, and we really hope these kids will invent the greatest invention of all time (although some other cool inventions would be great too) and maybe join us at GKI Group, to get support for their startups and fulfill their dreams. Who knows 🙂