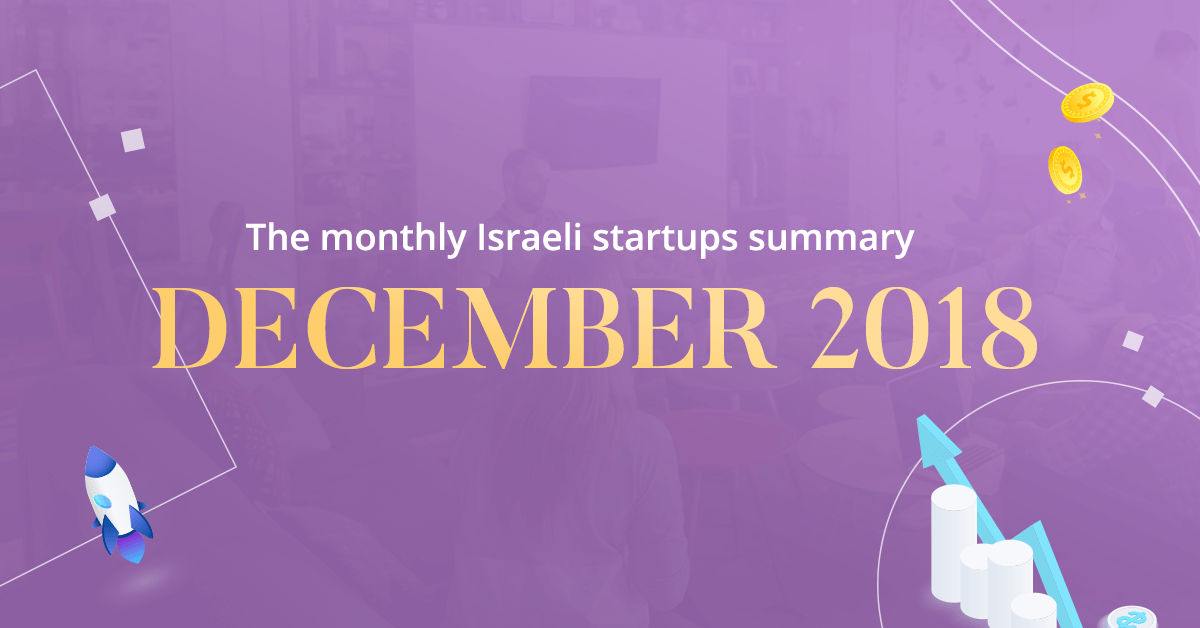 CANNABIS, ROBOTS AND HUMMUS: 28 ISRAELI STARTUPS RAISED $340 MILLION IN THE LAST MONTH OF 2018

WOW! This year passed so quickly. It feels that only a year ago we were at the beginning of 2018. So, after 11 infographics, hundreds of deals and billions of dollars raised, we finally made it to the last article (and infographic) of the year. 28 startups raised more than $341 million; Not the best numbers we’ve seen this year, but hey, look at how many companies made an exit in 2018.

Happy New Year everyone and especially Syqe Medical that yesterday announced raising $50 million, the largest financing round ever by an Israeli cannabis company. Syqe is developing a programmable cannabis inhaler that lets patients choose the precise dosage that they need. The company was founded in 2011, its product is marketed in Israel by Teva Pharmaceutical Industries and it raised a total of $83 million.

The second startup on our list is Optibus, a solution for bus operators to help them reduce costs, improve scheduling and (just like the name implies) optimize bus routes. The startup, founded in 2011, raised $40 million this December and more than $52 million in total. Optibus has a lot of work to do if it’s planning to optimize public transportation in Israel.

A $33 million in Series B financing goes straight to Chorus.ai. This promising startup uses AI to improve team sales, both of the salesperson and the team manager, by analyzing phone calls with customers. The round was led by Gregorian Partners who joined the startup’s previous investors.

K Health raised $25 million to make you stop Googling your symptoms and instead start asking its AI assistant for answers. This is a perfect solution for all hypochondriacs. Not only did K Health raise more than $40 million in total, but we also featured it on our blog earlier this year which is more valuable than money! (Ok, not really)

Temi, a company by Roboteam (Another company we wrote about this year), is a friendly robot for home use, or as we call it – the goddamn future. Temi walks around the house, interacts with people, and helps you connect with others or play media in a smarter (and cooler) way. Temi team got a $25 million investment this December. You can get it for $1,499 by March 2019.

TechSee Augmented Vision, founded in 2015, is developing a visual customer engagement platform to help customer support teams guide users over the phone using AR and AI. TechSee’s patent-pending technology won them a $16m B round investment led by Scale Venture Partners and others.

Some startups have such an incredible idea that you have to tell the world about them. Wisdo is one of them. Wisdo is an app for social advice to help you “learn from people who’ve been there” in important matters like depression, motherhood, LGBTQ, relationships, coping with sexual assault and more. The app already has 500,000 users in beta and this month they raised $11m from Google, Amazon and others.

Let’s get back on the road with Valerann, The Smart Road System developer from Tel-Aviv. Valerann raised $5m this December to make every road smarter using a wireless sensors system placed on the roads, collecting data about traffic, accidents, weather, ice formation and more. This new data might also help the development of autonomous cars.

Talking about Israeli startups? Let’s talk hummus! InnovoPro, a Foodtech startup that raised $4.25 million earlier in December, produces high amounts of protein from chickpeas. Instead of just making hummus, the new protein could be used to replace dairy and meat products.

There’s a new player in the autonomous car industry. Ottopia, founded only three months ago, is a teleoperation platform connecting autonomous vehicles with AI and remote humans to guide the cars and drive them back to safety. Ottopia raised $3 million from MizMaa Ventures, Next Gear Ventures and others. Drive safe!

We have no idea what’s so unique about this number, but three Israeli startups raised $2.6 million this December: an AR creation platform called WakingApp, an AI with human voice for call centers called Voca.AI and a mobile monetization measurement platform called Soomla. So, here’s our tip for 2019 – if you’re raising money from investors, try asking for $2.6 million. 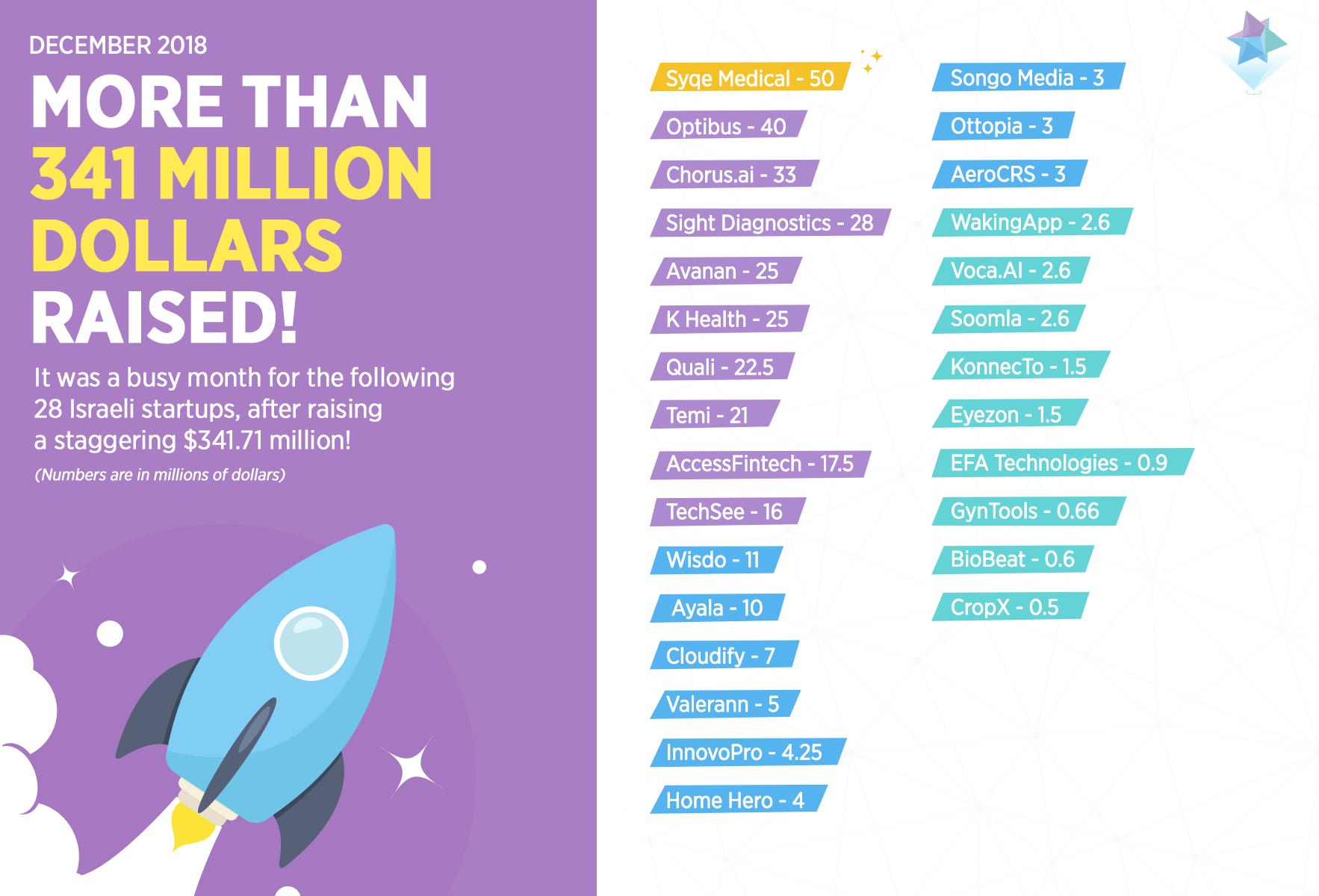 So, looking back, December wasn’t the most successful month compared to the eleven months prior, but it provided new opportunities for innovative, exciting startups, which might make it big in 2019. In the meantime, we wanted to wish all of our readers, partners, and colleagues a happy new year and a fantastic 2019. May your business make it to next year’s lists and year-end summaries.