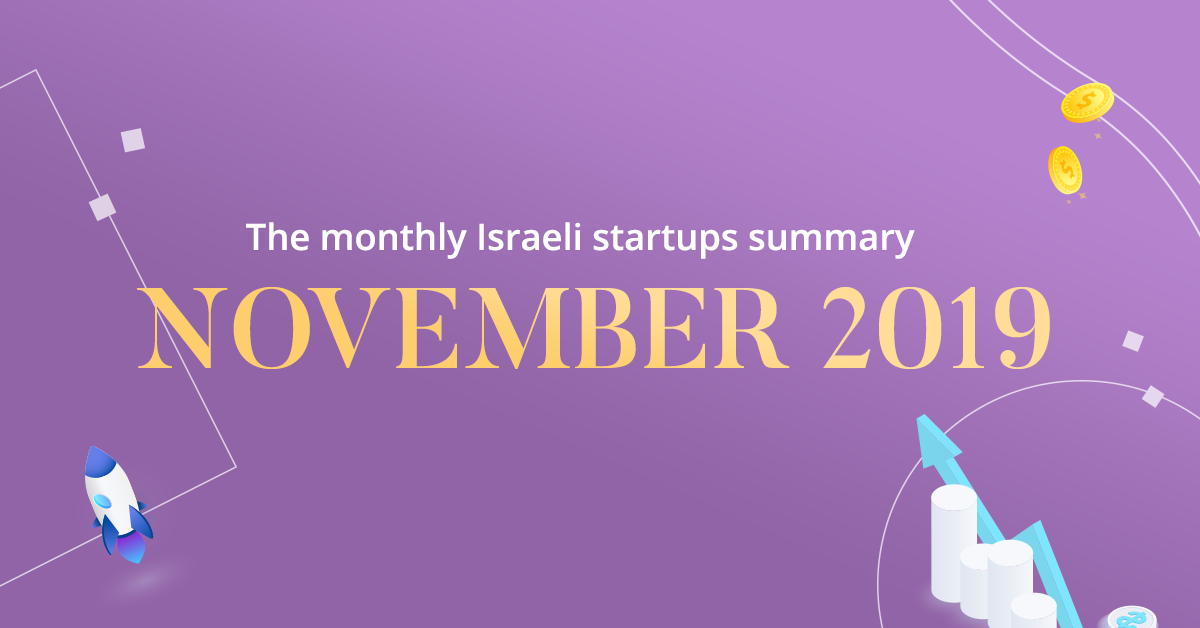 After the astronomical numbers of last month, we expected a bit of slowing down, but the flow of investments in the Israeli startup ecosystem doesn’t seem to stop. 31 startups, founded or located in Israel, raised $883.1 million this month!

Leading this month’s investment is Riskified, fraud prevention for eCommerce, with an incredible $165 million round that brings its valuation to over $1 billion. Yes, a new Unicorn. Riskified was founded in 2013 and raised $229 million to date.

This isn’t the first time we’ve written about Vayyar. The last time we saw them in December 2017, they raised $45 million. Now, almost two years later, the 4D Imaging Sensor company grabbed an astonishing $109 million D round. Seeing is believing.

BlueVine, founded by Israelis and based in California, is a startup that helps small businesses get funded (with loans) fast. How fast? 5 minutes fast. Well, it took BlueVine more than 5 minutes to get their funding, but they got $102.5 million from Microsoft, Citi Bank, and others, and up to this day, BlueVine raised more than $240 million. Nice!

Big funding for BigPanda; the California-based Israeli IT company raised $50 million to expand its R&D in Israel.  BigPanda is AIOPs for the modern enterprise, using AI to detect problems, and investigate and resolve incidents and outages in fast-moving IT. Well, they nailed IT.

Imagine there was a tiny robot that could be put inside the human body and help doctors with invasive procedures such as biopsies and surgical removals. XACT Robotics is developing the first hands-free robotic system with image-based planning and navigation to do so. The startup raised $36 million this month, and $51 million in total. XACT Robotics got an FDA approval and would use the money to begin the marketing and development.

Diagnostic Robotics (sounds like a name from a “Startup Name Generator”) is Kira Radinsky’s- former chief scientist of eBay Israel- new startup. Her startup is the first signal-agnostic artificial intelligence system for healthcare insurers, providers, and patients. In short, it uses AI to improve health care, for everyone. Diagnostic Robotics came out of stealth mode and raised $24 million.

Brands and advertisers? You better CHEQ that out: CHEQ is the developer of the first AI ad verification platform for brand safety ad-fraud and viewability solutions. Display the right ads at the right time. CHEQ nabbed a $16 million in a Series B funding.

Finally, a startup for everyone – Refundit, co-founded by Waze founder Uri Levin in 2017, is an app that helps travelers get their VAT money back easily with just a few clicks away. Just scan the receipts, boarding pass, and passport, and claim your money. Refundit received their money- $10 million- in a Series A funding. Currently available in Belgium.

AgriTask is a data-driven agriculture management platform that uses AI and smart tools for prediction, precision, and decision making. AgriTask reaped what they sowed, and raised $8.5 this month! Happy growing.

Are you ready, sport? Track160 is a sports analytics startup founded in 2017, which uses AI and deep learning techniques to track and identify soccer players throughout the match as well as track the ball’s trajectories from a single viewpoint video. Track160 scored a nice $5m A Round this month. GOAL!

A new cybersecurity player in town, SafeHouse Technologies, raised approximately $2.85 million last month. The startup is operating in Israel, India, and the UK and has released its main product, BodyGuard, which secures your mobile device in one click of a button.

Here’s the infographic you’ve been waiting for: 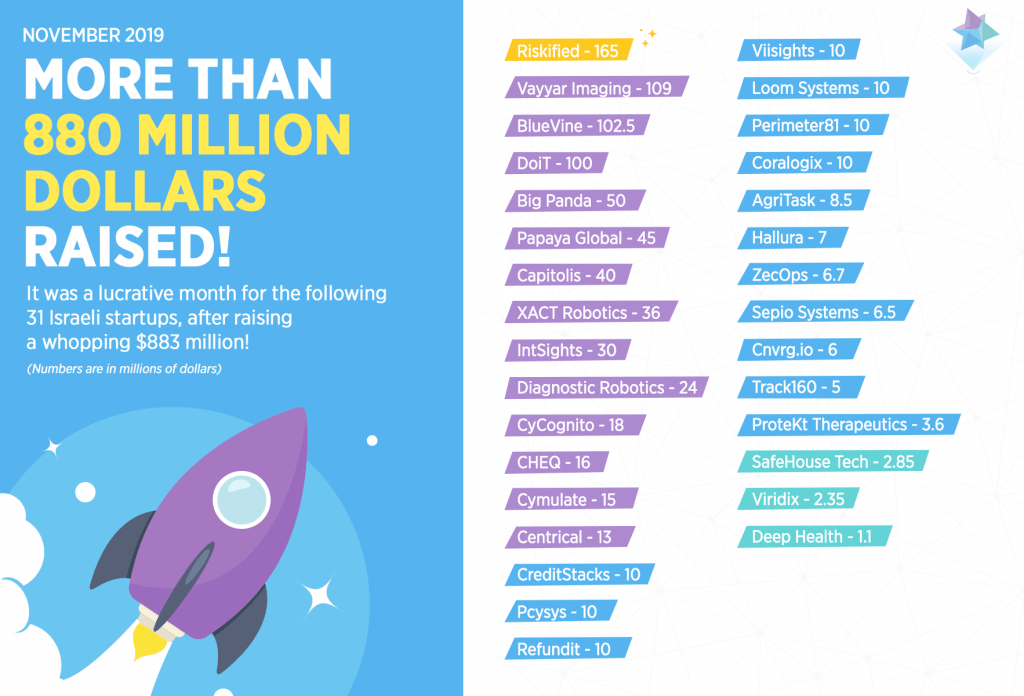 So, how was your month?