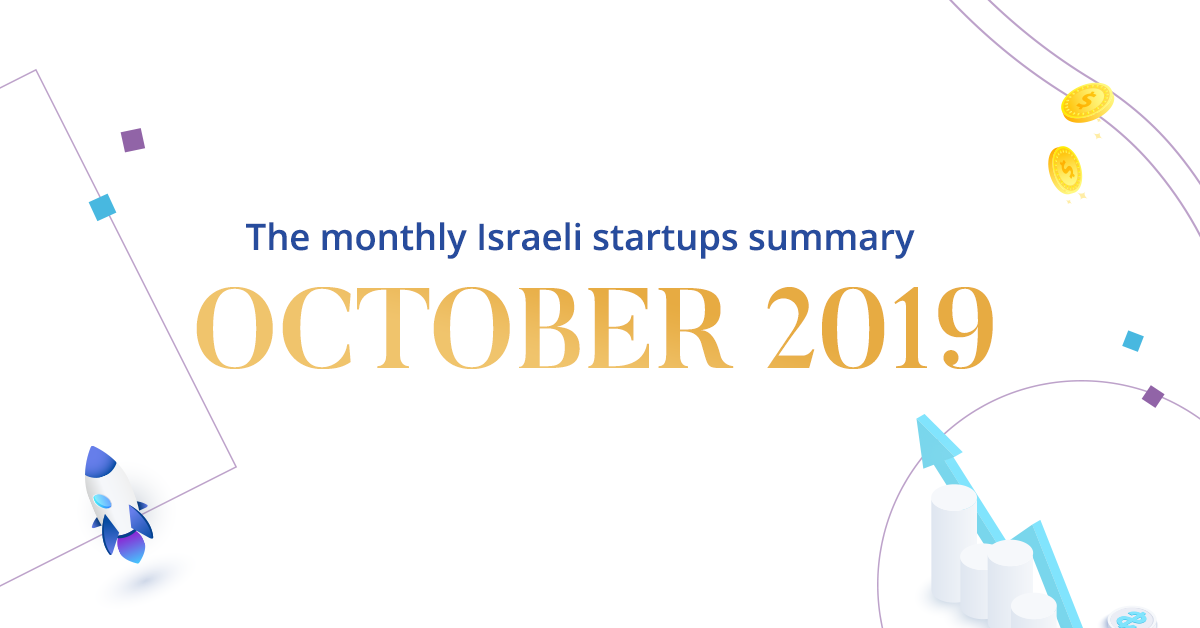 INSURANCE, LAB MEAT AND COOLING YOUR HOUSE USING THE SUN: THESE ARE SOME OF THE 41 ISRAELI STARTUPS RAISED OVER $871 MILLION THIS OCTOBER.

Now that the holiday season is finally over, the Israeli startup ecosystem is back at work- big time. 41 startups (that we know of) raised more than $871 this October, especially thanks to Next Insurance, Fabric, and Rapyd. Just like every other month, we’ve picked a few companies worth mentioning:

Number one on our list, and probably one of the biggest investment rounds this year, is Next Insurance, which raised $250 million from Munich RE and became a Unicorn! Next Insurance (Located in Kefar Sava, just like us) is helping small businesses buy insurance online and easily. The company was founded just three years ago, and already raised $381 million up to date.

Next on the list, with a $110 million in a Series B funding, is Fabric (Formerly called CommonSense Robotics). Fabric, founded in 2015, is an automated logistics platform helping retailers manage their inventory better and enabling faster delivery to online customers. One of the company’s main customers in Israel is pharmacy chain Super-Pharm, using the product in their Tel Aviv warehouse.

Rapyd, the world’s largest local payments network based in London and Israel, got a $100 million payment (Okay, investment) led by Oak HC/FT. Rapyd lets customers pay and be paid however they want, anywhere in the world, serving billions of users worldwide.

Adicet Bio is currently a non-Israeli company, but it was founded by Dr. Aya Jakobovits (who was also its CEO until 2018), and it’s based on technology developed by Prof. Yoram Reiter at the Technion Israel Institute of Technology in Haifa. Adicet is developing allogeneic cell therapies for cancer using innovative gamma delta T cells and has raised $80 million!

Ways to detect a stroke: Face drooping, arm weakness, speech difficulty, or using Viz’s AI  and deep learning abilities to detect a stroke. Viz.AI is a medical imaging company that helps optimize emergency treatment and quickly diagnose patients during a CT scan. The company raised $50 million this month and a total of $78 million since it was founded in 2016.

Don’t you just hate it when your customers leave or get “hijacked” during their journey? Well, if this sentence is not gibberish to you, then we guess you hate it. The Israeli startup Namogoo, which we wrote about in the past, raised $40 million this month and $68 million to prevent the aforementioned issue from happening.

Idomoo is helping companies create customized videos automatically, and now they’ve helped themselves with a fresh $18 million Series B investment. The company was founded in 2007 and raised $27 thus far.

Meet the meat of the future, Future Meat, the producer of GMO-free (Genetically Modified Organism) meat from animal cells, and they’re hoping to begin the operation in 2020 and sell their meat by 2021. Lucky for the Jerusalem-based startup, they raised $14 million this month to try and make it happen.

Future Meat is about to face some competition. Another startup trying to produce meat in a lab is MeaTech, focusing on 3D printing cultured meat. The company was founded by Sharon Fima, an expert in complex printing and one of the founders of Nano Dimension. MeaTech raised $2 million this month and they’re about to merge with Ophectra.
Who’s going to lead the future of meat? We’ll have to wait and see.

Waycare is an AI platform for smart cities, aiming to solve traffic, among other daily issues troubling the municipalities and its citizens. Waycare collects all the data about the traffic from different sources like road cameras, navigation apps, weather reports, and more to help traffic management, scheduling roadway maintenance, and helping first responders act quickly before car accidents turn into a massive traffic jam. The startup, raised $7.3 million this month. Way to go!

Say hello to Hi Auto, a new startup founded earlier this year that came out of stealth mode to announce the raising of $4.5 million from Delek Motors and Zohar Zisapel. Hi Auto is developing a speech recognition technology that works perfectly even in loud environments such as cars on the highway with kids shouting in the backseat, or any other noisy situation. So make some noise for Hi Auto.

Alright, here’s one of the coolest startups we’ve heard of – SolCold. They’ve developed a material that uses solar energy for cooling. That’s correct; their product harnesses the sun’s radiation and uses it for cooling instead of heating. The stronger the sun, the stronger the cooling of the building or car. That innovative technology brought them a $3.5 million investment.

Product development can be expensive. Really expensive. An Israeli startup called Castor is trying to reduce costs by identifying which complex parts of the product can be 3D printed instead of manufactured in a factory somewhere in China; that can become unprofitable when manufacturing on a small scale. Castor has raised $2 million in seed.

People with food allergies have to be alert at all times, so an Israeli startup called Allerguard is trying to help them, ease their lives, and… save them. Allerguard is a small device that uses airborne detection to scan food for allergens and alert the users. This month, the startup raised $1.5 million. I hope they’re not allergic to success.

That’s all for October, folks.

See you next month with new startups, new numbers, and a new infographic.