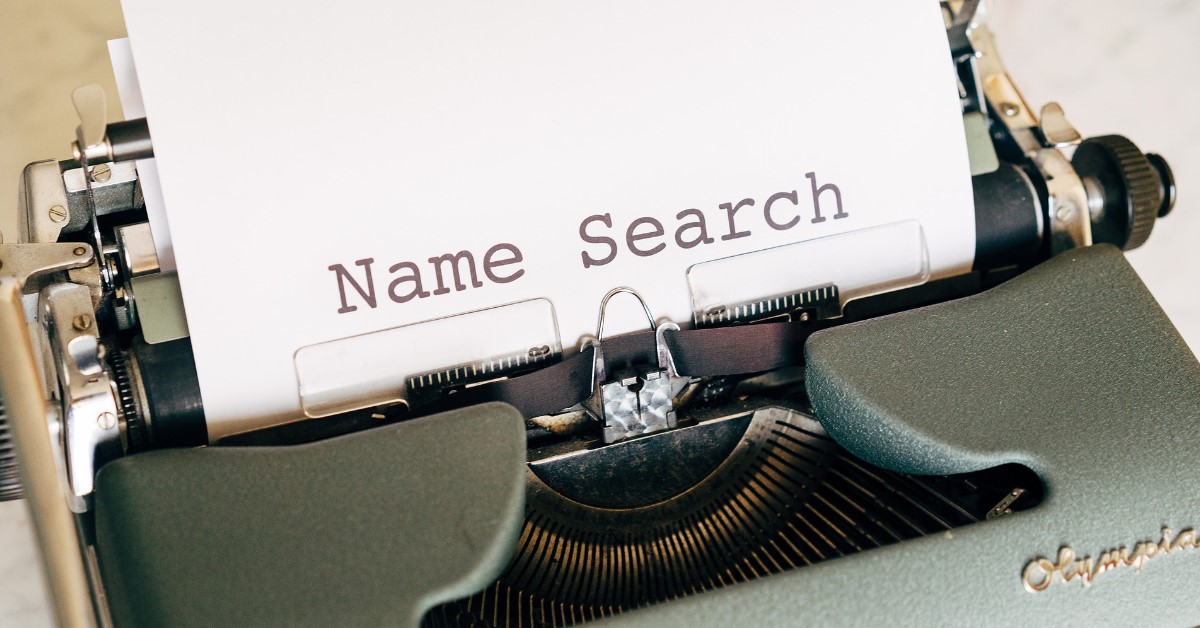 HOW THESE 15 TECH COMPANIES GOT THEIR NAMES?

WHY IS LINUX CALLED LINUX, WHAT INSTAGRAM MEANS AND WHAT THE HELL IS NVIDIA? WE GATHERED THE STORIES OF 15 TECH COMPANIES. 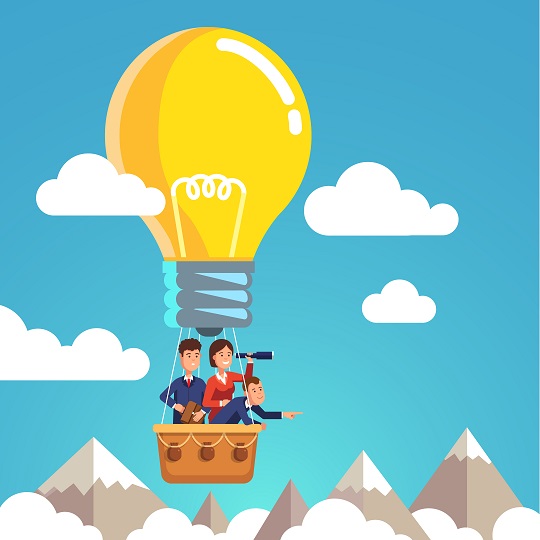 Every company has a story behind its branding. Whether it’s a tech company, a startup, or a fashion brand, there’s always a something behind the name and the logo. But, did you ever ask yourself “How these tech companies got their names?” Questions like “Why is Google called Google?” or “What the heck Facebook means?”. While the stories of Google and Facebook’s names are pretty well-known, we looked for some other tech companies you may have wondered about them, such as Shazam, GoDaddy, and Napster (R.I.P).

As you might guess, BnB stands for Bed & Breakfast. But what does Air mean? Well, that’s the uncomfortable way Airbnb’s CEO founder hosted people – On his Airbed. In the beginning, their name was AirBed&Breakfast, but luckily they decided to shorten it and change to a catchier name. [Source: The Boston Globe]

The giant Chinese company Alibaba has an Arabic name. Everybody knows the story of Alibaba & The Forty Thieves, and so did the founder, Jack Ma. He wanted to name the company after this story but wasn’t sure about it. He went down San Francisco and started asking people, “Do you know Alibaba?”. Everyone nodded and agreed; some said “Open Sesame!”. He decided he’ll go for it. Alibaba opens Sesame for SMB companies. [Source: USA Today]

Etsy, the most famous P2P e-commerce web site for independent designers, has a meaningful name. Well, not really. The co-founder, Robert Kalin, “wanted a nonsense word” to “build the brand from scratch.” While watching Fellini’s 8 ½, he heard the Italian word “etsy” and picked it up. Later he realized they were actually saying “eh, si,” but who cares? [Source: Wikipedia]

The famous domains website was founded in 1997 under the name Jomax Technologies by Bob Parsons, but later, in 1999 they decided to the change their name to something catchier. In the brainstorming meeting, some said “Big Daddy,” but they saw that the domain was taken, so Bob Parsons said “How about Go Daddy?”, And well, you know the rest. The name stuck because it’s easy to remember and made people smile. [Source: Wikipedia]

It’s a combination of two words: Instant and Telegram. “Instant,” like the old-school Polaroid cameras (On their icon, as well) the founders loved when they were kids. “Telegram,” for “Sending a message.” They felt the photos they were taking were actually sending a message to someone else. Well, ever since Instagram became popular, you can see “Insa-something,” or “Something-gram” everywhere. [Source: Quora]

Called after the name of its Finnish inventor, Linus Torvalds. Well, he actually wanted to call it “Freax,” which means “Free” combined with Unix, but his co-worker at the Helsinki University of Technology convinced him to go with Linux. [Source: Wikipedia]

Napster – Remember Napster? How it changed the way we listened to music? But did you ever get to think about its meaning? When the founder Shawn Fanning was young he had troubles at home, so we used to spend most of his days in the neighborhood’s basketball court. There, he got the nickname “Napster,” for his nappy hair and how it looked under his baseball cap. [Source: The Internet: Biographies]

The name Nvidia came the from the Latin word Invidia, that translates into envy in English. When you use Nvidia, you want people to envy you. Hence, the eye in the logo and the green color. Pretty smart branding. [Source: Quora]

The Israeli startup that developed wearables that help blind people “see” has a simple explanation for the name. Or means “Light” in Hebrew, “Cam,” which seems like a short for the word camera, is actually the Hebrew word for “Rise,” so, if Light Rises, it might help the visually impaired people “see.” [Source: Globes]

The Q&A site founded by former Facebook employees still didn’t answer this one question – The origin of the name. Some say it means QU(estions) OR Answers, but others think it comes from the Latin word “Quorum,” which means “the minimum number of members of a deliberative assembly necessary to conduct the business of that group.” [Source: Well… Quora]

Opposed to what some people may think, the name didn’t come from Captain Marvel or Shaquille O’Neal. The word Shazam actually has a meaning, “used to introduce an extraordinary deed, story, or transformation,” a magical word. For the founders, the technology that recognizes every song in just a few seconds is magic. You run the app, and “Shazam!”, it knows which song is playing. [Source: Rewind & Capture]

Skype was founded in 2003 by a Swedish guy, Danish guy and with some help from Estonians. Only two years after, in 2005, Microsoft acquired Skype for $2.6 billion, but its name remained. The name is a shorter version of “Sky Peer-to-Peer” and was named “Skyper,” but unfortunately (or luckily), they had to lose the R because the Skyper domain was taken. Why sky? Maybe because the information goes through the air, the sky. [Source: High Names]

Spotify’s story is funny and one of those times tech companies got their name by accident. The founders, Daniel Ek and Martin Lorentzon, sat together in their flat and started yelling names to each other until they find a name they both liked. Martin shouted something that Daniel misheard as “Spotify.” He liked the name, Googled it, realized it’s available and that’s how the name Spotify was born. [Source: Quora]

The idea of Wix, a platform where you can easily create your website, popped into the Israeli founders’ heads while thinking of another startup while sitting at the beach, along with the name. They had few requirements for the name – To be a 3-letter name, start with a W, and be catchy. Well, that worked. We liked to think of their name as “Wix saves me weeks of building a website.” [Source: Wix]

If you’re reading here, you’ve probably played one of Zynga’s games in the past: Zynga Poker, Draw Something or Farmville. These games are less popular nowadays, but the company is still alive. As for the name – The founder Mark Pincus called it Presidio Media, but then decided to name it after his dog, Zinga. See their logo? A white dog on a red background? That’s Zinga. [Source: Quora] 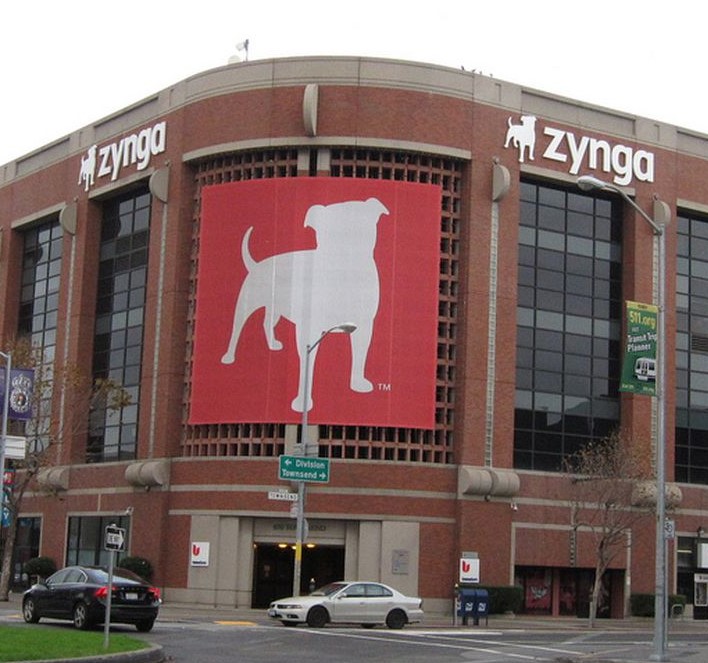 As you can see there are many reasons why tech companies got their names: Some chose meaningful names, others picked the name by accident, and the rest just took a name with an available .com suffix.
If you want a name for your new startup, just start researching: Think of something related to you (Your nickname or your dog), think of the message of your company, your product, and make sure it’s a catchy name and easy to spell. Then, Google it and just pray the domain is free to use.