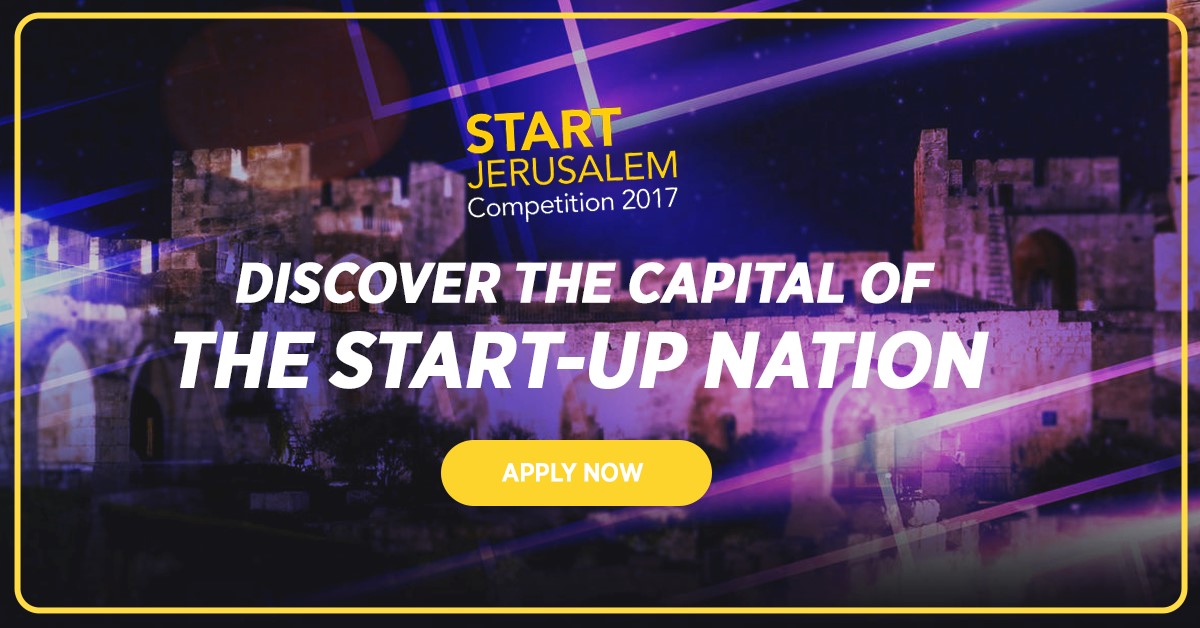 STARTJLM CONTEST – FROM THE HAGUE TO JERUSALEM

THE EMBASSY OF ISRAEL IN THE NETHERLANDS HELD A CONTEST FOR DUTCH STARTUPS. WE WERE THERE.

Earlier this month we took part in the Start-up Symposium and StartJLM event held at Urban Farmers in The Hague, Netherlands. The organizers of the event and the contest are The Embassy of Israel in The Netherlands, with help from more partners.  The issues discussed were innovative solutions to global challenges and the success of Israel, the Startup Nation. Later, the winners of StartJLM contest were announced. This event marks another significant step of connecting The Hague to Jerusalem, The Netherlands to Israel.

A few dozens of people attended the event held at Urban Farmers, from innovation savvy to key members of the local ecosystem and investors. Urban Farmers is a Swiss company that developed an urban rooftop farm, and that’s where the event took place. Their startup is an example of a life-changing idea, which fits the concept of the event – Finding solutions to global challenges.

First spoke Ambassador Aviv Shir-On, who described the embassy’s plans for the local and the Israeli startup industry, about StartJLM contest and of course, Israel. This year Israel will celebrate it’s 70 years of independence, and the event will be followed and celebrated with various activities, including tech conferences and meetups. 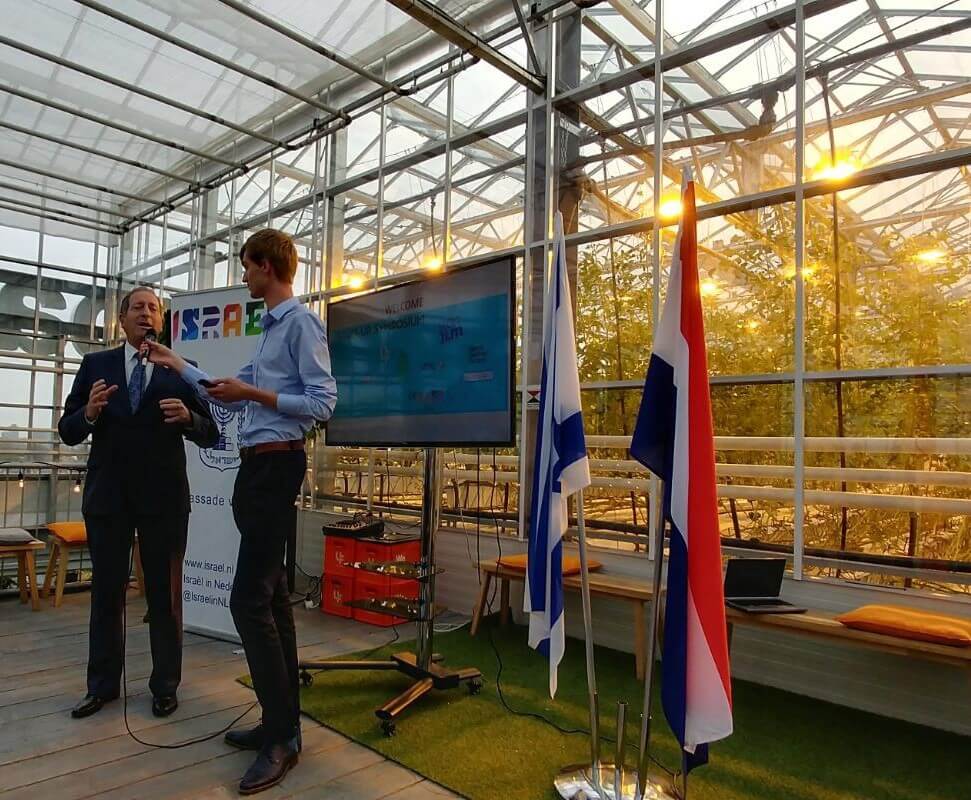 The Israeli Ambassador Aviv Shir-On and Jesse Van Doren [Photo: The Embassy of Israel in the Netherlands]

Afterward, spoke our team member, Nir Kouris, who acts as Startup Israel Community manager and our diligent in the Netherlands. In his lecture, he described the Israeli ecosystem, its success and how it was built, with many examples from Jerusalem, where the winners of StartJLM will be heading. 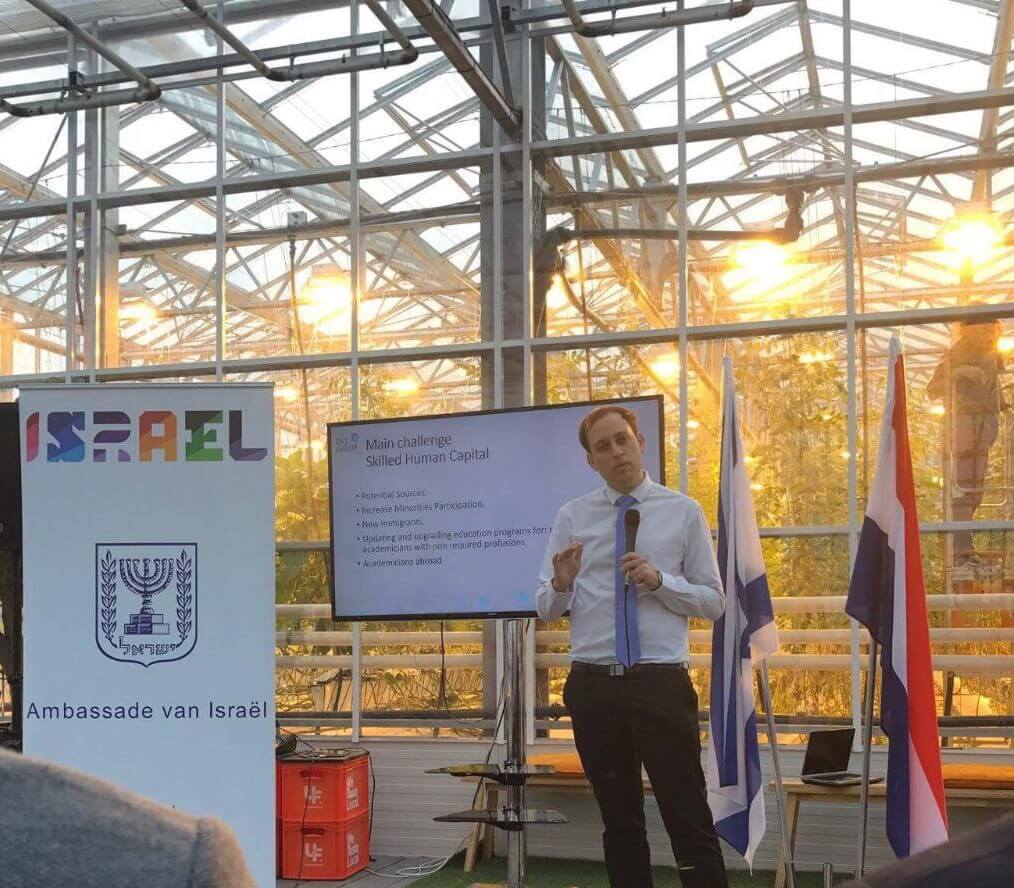 Now, it’s time for the main event – Announcing the top three Dutch startups who got the highest scores. The judges of StartJLM were assembled from a mix of tech leaders from the Netherlands and from Israel, the partners of GKI Group – Lital Kalkshtein, The CEO, and Gal Kalkshtein, the founder.

This startup, with founders from Delft, featured its product, EAVE WORK Bluetooth Ear Defenders – A headset for construction workers, to help them communicate with each other while reducing harmful noise levels to protect from hearing loss and other diseases. They let the judges, the ambassador, and other event attendees try on EAVE WORK and demonstrated how it works.
The founders of EAVE will travel to Jerusalem this November to explore the capital of the Startup Nation, visit companies and go through interesting lectures and workshops.
Watch their presentation on Vimeo

2nd Place – EMDR VR – A new way to treat post-trauma with VR Headset, using Eye Movement Desensitization and Reprocessing therapy
3rd Place – Gearbooker – An online marketplace where you can rent filming and photography equipment for a variety of projects 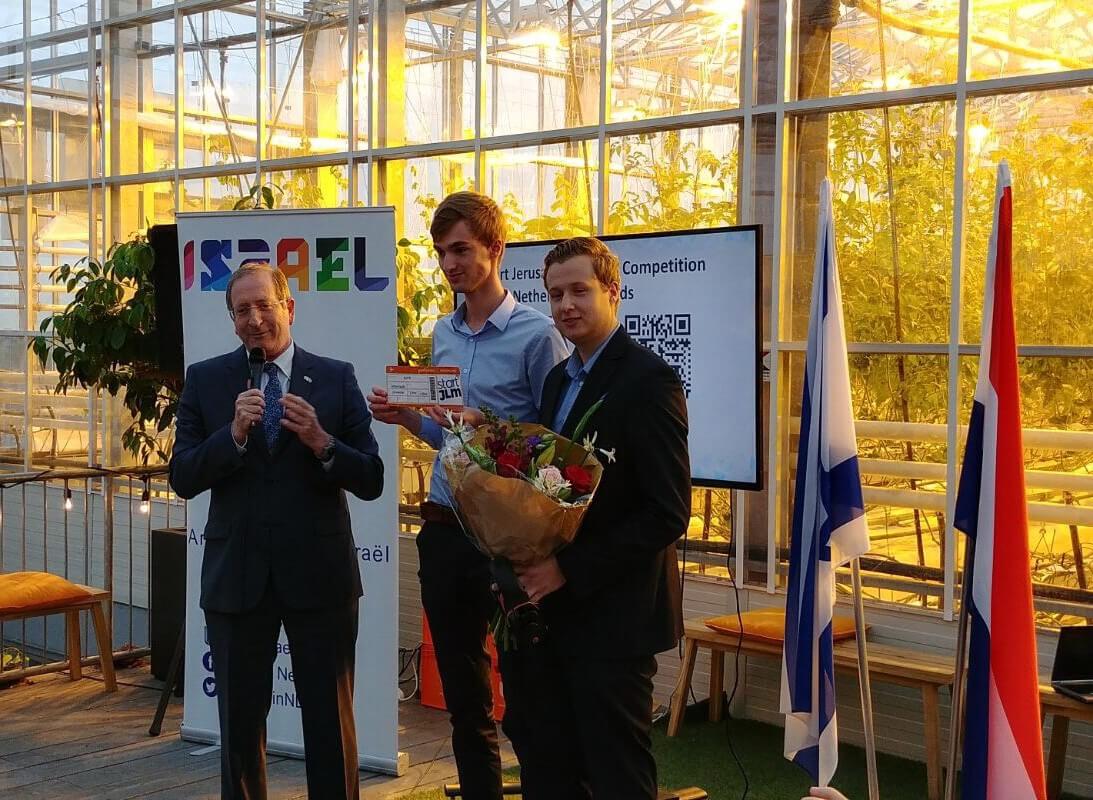 The Israeli Ambassador with the winning startup, EAVE [Photo: The Embassy of Israel in the Netherlands]

Watch the video, edited by Omry Goldman for the Israeli Embassy

This event marks the beginning of our journey in the Netherlands, as we partnered and helped The Embassy of Israel in Netherlands with the organization and promotion of the event. We are going to have many more events coming next year, in Netherlands and in Israel, to connect between these two thriving ecosystems.
Stay tuned.