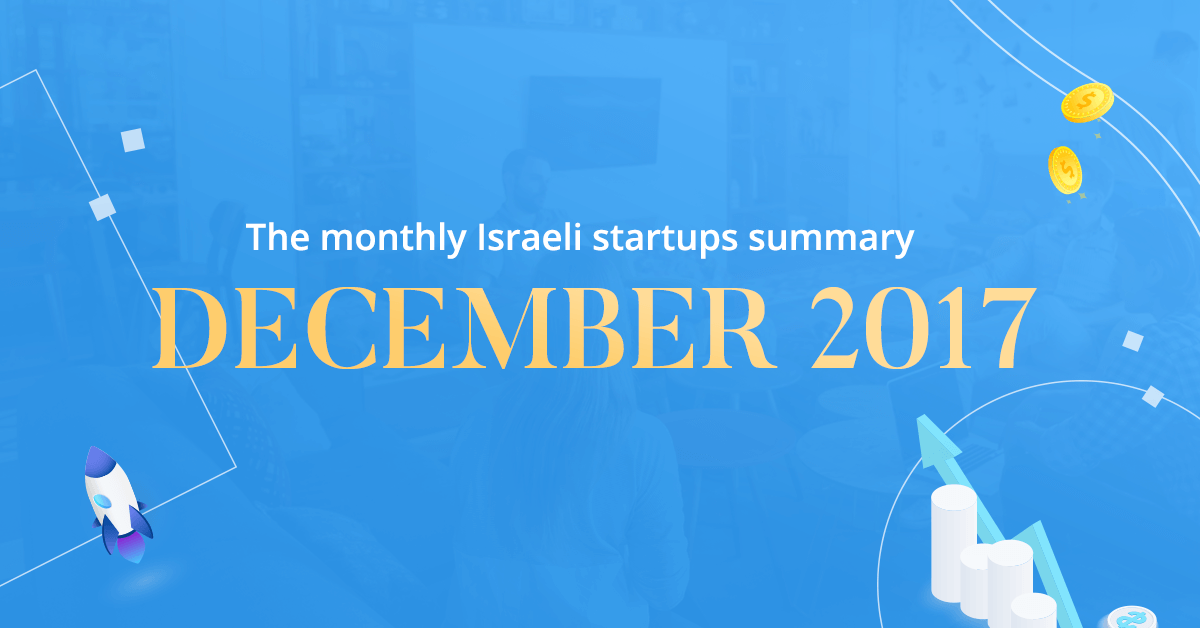 Every month Startup Israel Community publishes the list of Israeli startups who raised millions of dollars from investors, VCs and crowdsourcing.

The second startup on the list is Lemonade, based in New York, and aiming to disrupt the insurance industry, and seems like they’re on the way to do so with fresh $120 million from SoftBank (Yup, these guys again).

The rest of the $268 is split between 29 Israeli startups, here’s some of them:

Vayyar – Developed innovative 3D sensors that are capable of “seeing” through solid materials, like walls, and display a 3D image of the item on the other side. Their technology might also be used to test for cancer. They raised $45 million in Series C financing.

Colu – One of the first startups in Israel to embrace the blockchain technology, Colu developed an app with a “local currency” you can use to buy from local shops and businesses, and help them grow. One coin in Colu equals 1 NIS, or British Pound depends on your location. They raised $14.5 million in a mission to score $50 million.

Graduway – An alumni software provider operating in Israel, the US and the UK and helping over 500 academic institutions manage their online alumni community. Graduway was founded in 2009, and this month raised $12.7 million to continue its expansion.

Bugatone – Developed software that improves audio quality, measures bio-data and other capabilities that turns every earphone into a sonar device. Bugatone got a $3m investment from Chinese electronics company Oppo.


The rest of the Israeli startups and numbers can be found in this infographic: 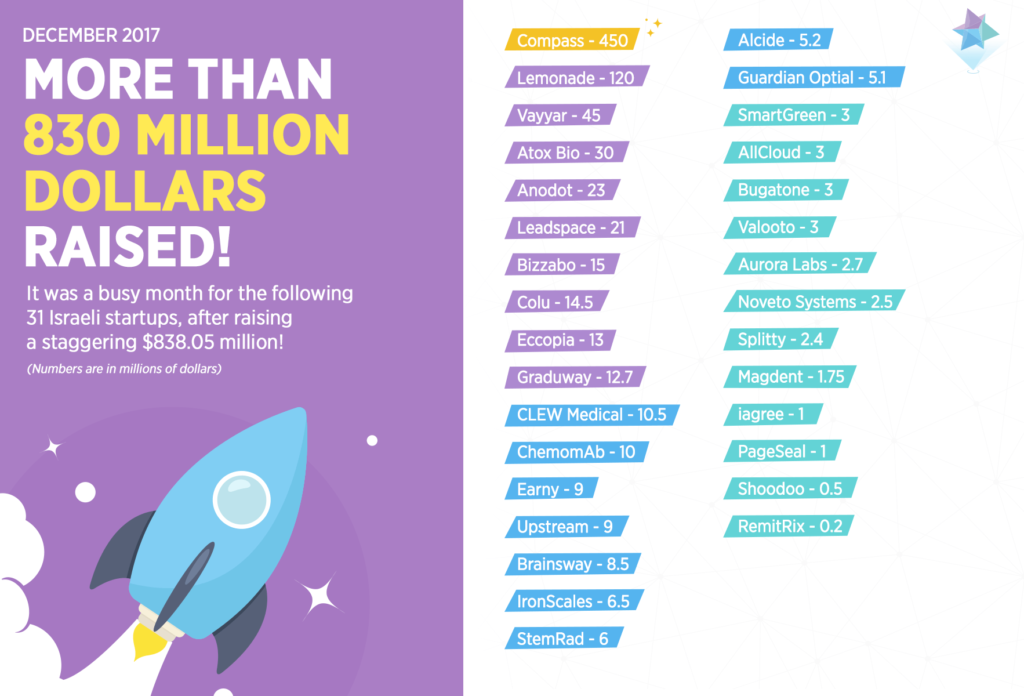 Follow us on Facebook – Startup Israel Community – and get all the news about Israeli startups and the entrepreneurs who build the community.