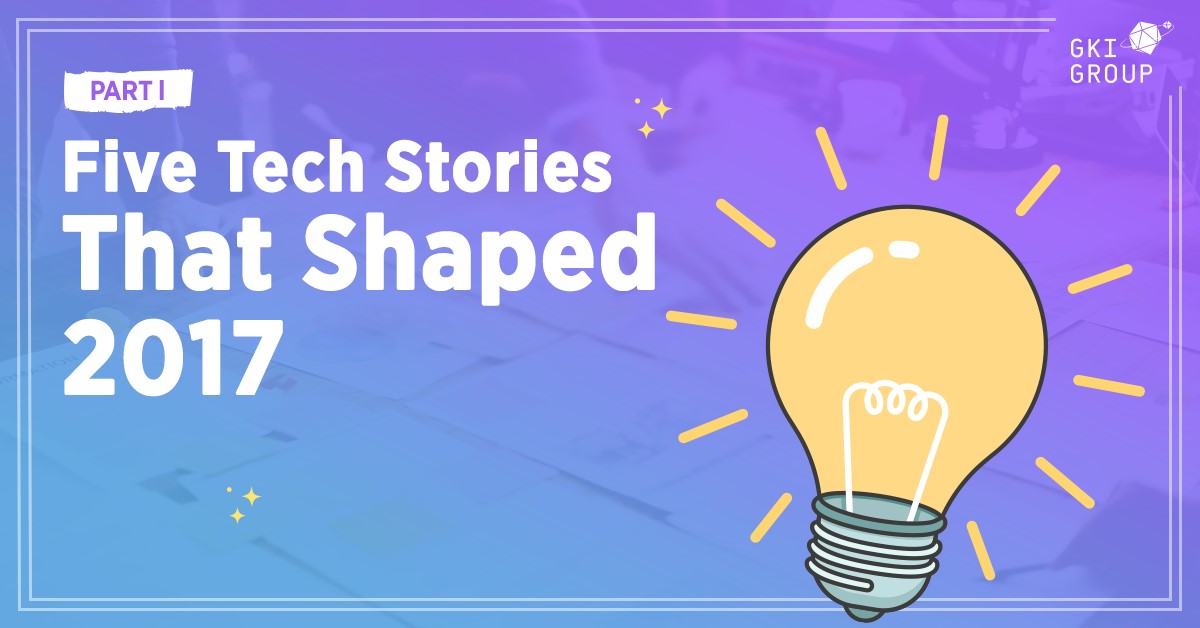 IN THE FIRST PART OF OUR ANNUAL SUMMARY, WE WILL REMEMBER SOME OF THE YEAR’S BEST TECH STORIES: BITCOIN, UBER AND #METOO.

As 2017 comes to a close, we thought it would be a good time to look back and remember some of the year’s best tech stories.

Last year we brought you the 10 Tech Stories That Shaped 2016; this year we’ve narrowed it down to just five, but we’ll start with just three stories that had a worldwide impact:

1. The rise of Bitcoin. By the time you finish reading this it may be worth $20K, or $10K… who knows.
2. Uber got into a lot of trouble this year. We’ve got it covered.
3. The #MeToo movement and testimonies of women in the tech industry made a big impact in 2017.

The Rise of Bitcoin

If you still haven’t heard about Bitcoin, this must be the first time you’re using the internet. Welcome!
Bitcoin first popped up in 2008 as futuristic idealistic idea – a decentralized digital currency.
The years have passed, and more people have become familiar with Bitcoin and the blockchain technology behind it. Some bought it for future investments, some for the fun of investing, some actually believed that blockchain could change the world, and the rest just used it to anonymously purchase illegal arms and drugs on the dark web.

The initial price of Bitcoin was less than one cent. In the beginning of 2017, Bitcoin’s price was less than $1,000. In March 2017, it was worth more than an ounce of gold, $1,273. In August, against all speculations, it reached $4,000. In October it soared to $6,000, and seemed like it couldn’t get much better than that. Well, a month and a half later, Bitcoin finally crossed the $10K mark every Bitcoin owner was hoping for.

Since then, it’s been madness. Everyone is talking about Bitcoin and everyone is trying to buy.
The prices were $15K at one point, reached a high peak of nearly $20K, but recently dropped drastically back to $13-14K. That’s one hell of a roller coaster.
Yes, it’s a bubble, a bubble that might burst sooner or later, but, as we see it, there’s no doubt that blockchain and other technologies will become the currency and payment methods of the future. It is only a matter of time. 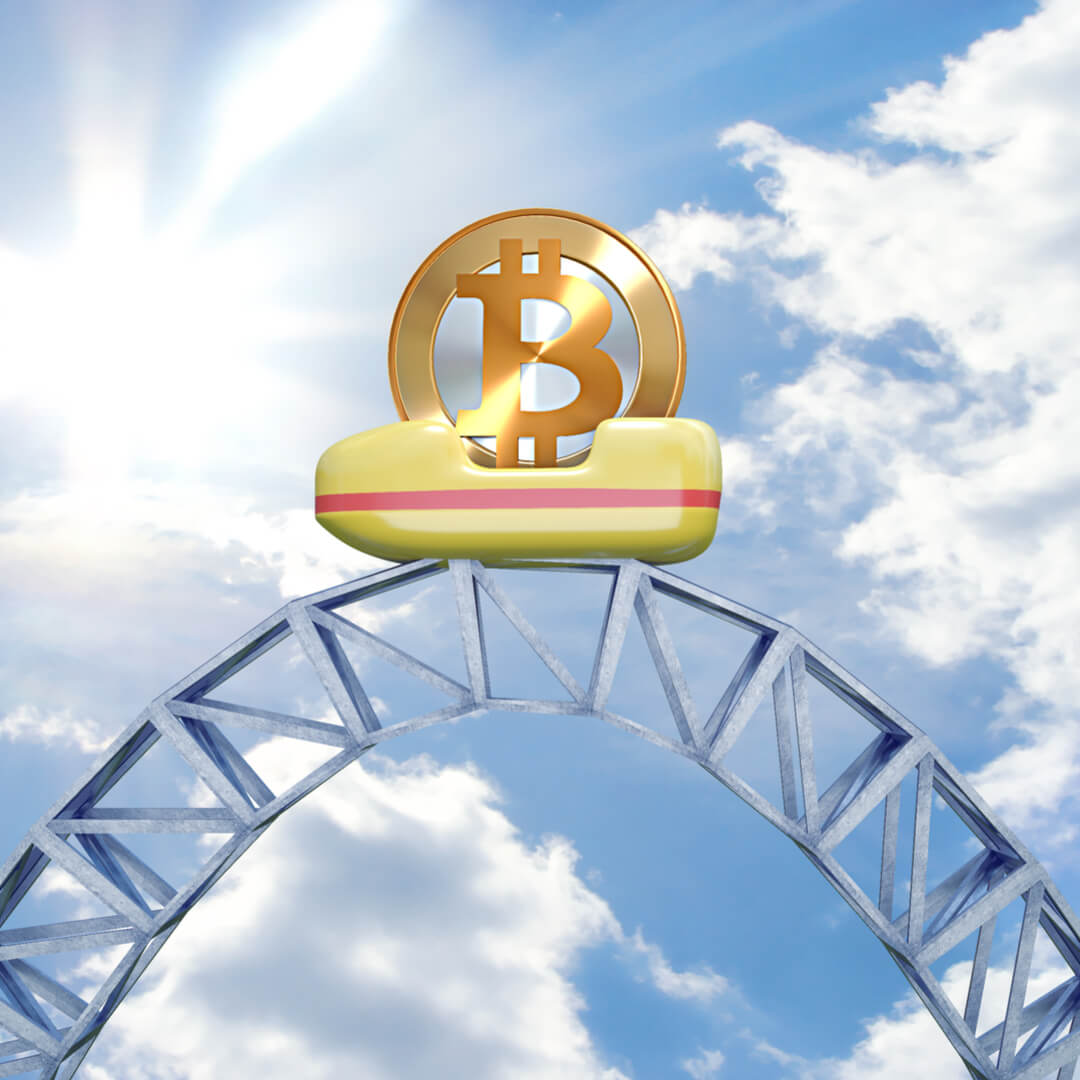 It’s been quite a tough year for Uber, the biggest ride-hailing company in the world. A year full of scandals, rising competition and increased local regulations against the company, made Uber’s, and former CEO Travis Kalanick’s, life a living hell. Here are some of them:

#DeleteUber: In January, when Donald Trump called for a travel ban on many Muslim countries, Uber tried to break a NY taxi driver strike protesting the ban; Uber was then accused by many Americans of supporting the travel ban, and therefore the unpopular president. The hashtag #DeleteUber began on Twitter and quickly led to 200,000 customers deleting the app and their accounts. Ouch.

Susan Fowler: Former Engineer at Uber, Susan Fowler, revealed that she had been sexually harassed at Uber and that HR had covered it up; she also accused Uber of discriminating between its male and female employees. Her blog post generated a big buzz that began to raise awareness of the rampant sexual harassment in Uber and Silicon Valley in general, and became one of the reasons for Travis’s resignation.

Waymo and Otto: We all got excited when we heard that Lior Ron’s autonomous car company, Otto, was acquired by Uber for $680 million only 10 months after they started. It was later discovered that Lior Ron and Anthony Levandowski, the founders of Otto, and former Alphabet (Google) employees, allegedly stole secrets from Alphabet’s autonomous car project Waymo. Not only that, Uber may have known about it. The case is still on trial; the outcome should be interesting.

Greyball: In March, The New York Times revealed that Uber used a secret software called Greyball to deceive law enforcement in cities where their service was violating regulations. The software collected data from different resources to determine who may be working with government officials and then “blocked” them from getting a cab in order to prevent them from collecting evidence against Uber. Greyball is currently being investigated by the U.S. Department of Justice, and is considered to be one of the reasons Uber was banned from London in September.

Miami Letter: In June, Recode revealed a letter sent by Uber’s then CEO Travis Kalanick back in 2013 to its employees with rules of a sexual nature like “do not have sex with another employee unless…”.
This incident, on top of the series of accusations against Uber and Travis, broke the camel’s back; Uber’s investors just couldn’t handle it anymore, and forced Travis to resign from his role as CEO just two weeks later. He was later replaced by Dara Khosrowshahi.

Hell: In September, the FBI started investigating Uber for using a software called “Hell” to spy on Lyft’s drivers. According to allegations, the software tracked the drivers and how much they charged for rides, so Uber could lure them back into working with them. All we can say it that Uber’s new CEO must certainly be going through hell.

Data Breach: This one made it to the news – Uber paid a 20-year-old hacker $100,000 to stay silent about hacking into their system and stealing the data of 57 million of Uber’s users and 600,000 drivers. The event happened in 2016; in 2017, two Uber employees who were involved in the cover-up were fired by the new CEO.

Jacob’s Letter: Just when you thought Uber’s year couldn’t get much worse, another bomb was drops two weeks before 2017 ends. A former employee of Uber, Richard Jacobs, revealed a secret letter during the Waymo trial showing that Uber was not only spying on rivals, but also has bugged and listened in on politicians, policy makers and foreign countries. Uber is currently under investigation by the FBI.

Well, these are just the scandals. Add to all those that their greatest rivals Lyft and Gett (from Israel) are gaining popularity, and Didi, “the Chinese Uber” is making its way into North America, and you can see that Uber may collapse sooner rather than later, unless Dara Khosrowshahi really turns things around. 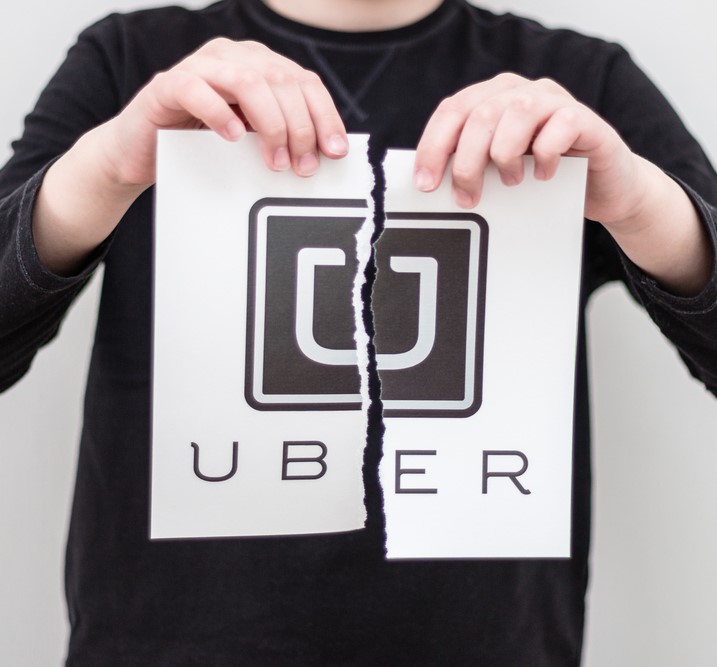 “MeToo” started years ago as a campaign by social activist Tarana Burke; in 2017 it was adopted by actress Alyssa Milano to give a voice to sexual abuse victims after multiple abuse allegations came out against Hollywood producer Harvey Weinstein. The hashtag quickly went viral, raising awareness about sexual harassment and abuse. Women across the world shared their stories about how they were abused, and showed the world that it can happen, and has happened, anywhere and everywhere. Yes, including in Israel’s “clean and classy” tech industry, and in Silicon Valley.

Susan Fowler of Uber (see above) came out with her experience even before the #MeToo campaign began, but she too encouraged other women to expose the “dark side” of the big companies, industry influencers and VCs.

Journalist Quinn Norton wrote a Medium blog post accusing Robert Scoble, a famous tech blogger, of groping her at a tech conference several years ago. After the story became public, several other women from Silicon Valley accused him of the same behavior. Scoble, who is also known for his past drinking problems, apologized in a Facebook post and later resigned from his job.

Justin Caldbeck, co-founder of the VC Binary Capital, decided to resign after six female startup founders accused him of making unwanted sexual advances. One of the women said he grabbed her thigh under the table while offering her a job, amongst other awful allegations.

In Israel, while there have been no accusations against a specific person, it has become well-known that sexual harassment is a part of the culture in the Startup Nation. Many women have spoken out and confessed that they too have been victims of sexual harassment and abuse. Female entrepreneurs who came to investment meetings said the investors hit on them, physically assaulted them, or made other unwanted advances. The Marker produced a powerful short film to raise awareness about the scale of the problem. You can watch it here (in Hebrew).

We hope that 2017’s increased awareness bring about change and promote safer workplaces, and a safer world for women. No surprise that #MeToo and the silence breakers who made it happen were chosen as Time’s Person of the Year 2017. 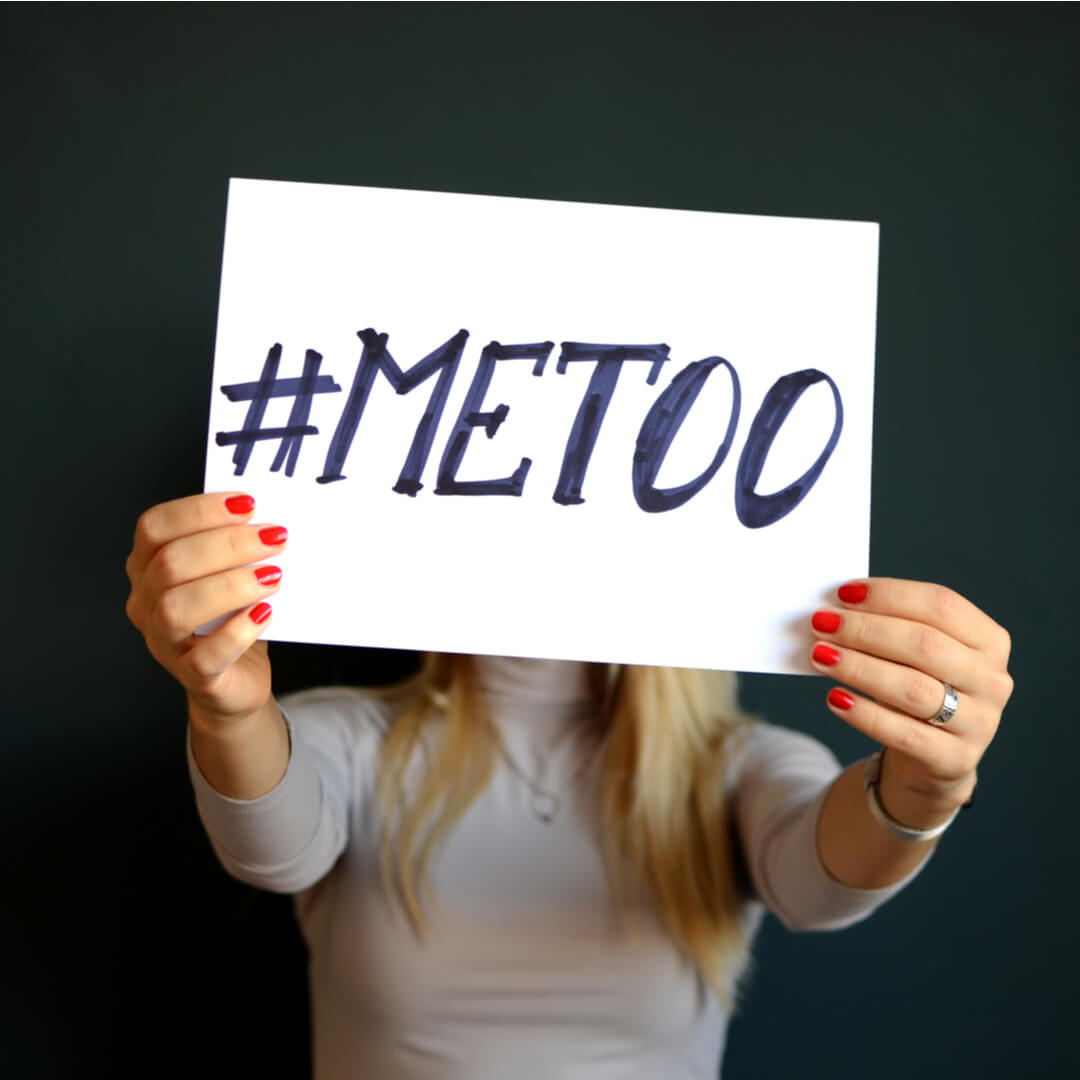 We couldn’t cover all of 2017’s big stories; some other notable ones include Facebook forcing their “story” feature into every platform, Silicon Valley vs. Donald Trump, and Amazon’s incredible growth making Jeff Bezos the richest man in the world. Stay tuned for Part II, where we will share some great tech stories from Israel.