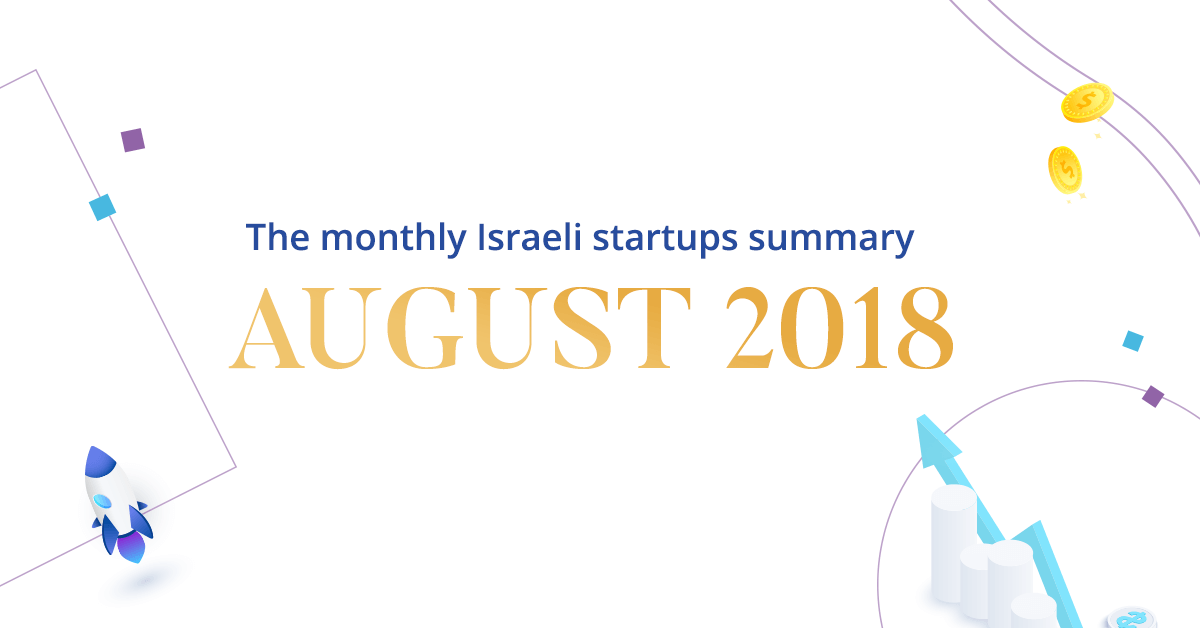 SEPTEMBER IS HERE, SO IT'S TIME TO LOOK BACK AND SEE WHICH STARTUPS GOT AN INVESTMENT LAST MONTH

While July was a super busy month, seems that during August all the investors and startups went on a summer vacation. Well, at least some of them, because 24 startups raised $359.45 million!

Rocking the list is the half-Israeli half-American cybersecurity startup Exabeam. While it’s not listed as Israeli, it was founded by Nir Polak. The company raised $50 million this month and a total of $115 million. Pretty nice!

Another startup who got itself a $50 million investment is Puls Technologies. Puls (formerly known as CellSavers) connects technicians to everyone in need of something to fix or install: Cellphones, TVs, Smart Home and more. It’s like an Uber for tech support. The company raised $93m in total.

Cloud optimization platform Spotinst raised another $35 million before they even got the chance to spend their previous $15 million investment from July 2017. We interviewed them on Startup Israel Community before they went big.

Twistlock, the container cybersecurity platform raised $33m in a C round led by ICONIQ Capital. Twistlock secures containers and modern applications against threats across the entire application lifecycle. This new funding round adds up to the $21m they already raised since 2015.

With only 1 million separating between them, Dynamic Yield raised $32 million. The company’s technology uses machine learning to let marketers personalize the content for users and help businesses gain more engagements and traffic. This D round was led by Viola Growth and brings the startup’s total funding rounds to $77 million.

It’s been a while since startups really invented something new, but we (and apparently the investors) love SoftWheel’s attempt to reinvent the wheel. Their patented wheel technology puts the shock absorbers inside the rims, and the wheels are designed to absorb energy from any obstacle. They are now manufacturing wheels for bicycles, cars, and wheelchairs. Oh, and we nearly forgot, they raised $25 million!

Formlabs is a 3D printer manufacturer that started as Kickstart campaign, but now after raising $15m, it became a Unicorn! Formlabs is not really an Israeli company, with headquarters in the US, but its founders and investors are Israeli, so it’s still worth mentioning.

Time for some really great news – Bosco raised $4m! Bosco, a project by sFBI, founded by Enon Landberg, is an app that monitors children’s activity and alerts the parents when it’s needed. We were thrilled to hear that because GKI Group is one of the first investors in Bosco and takes a big part in the board of directors. Congratulations!

Sick of getting sick while traveling? Meet Air Doctor, a marketplace that connects travelers to local doctors wherever they go. They raised $3.1m on A Round for their pretty cool idea. Good luck!

Check more numbers in the infographic below: 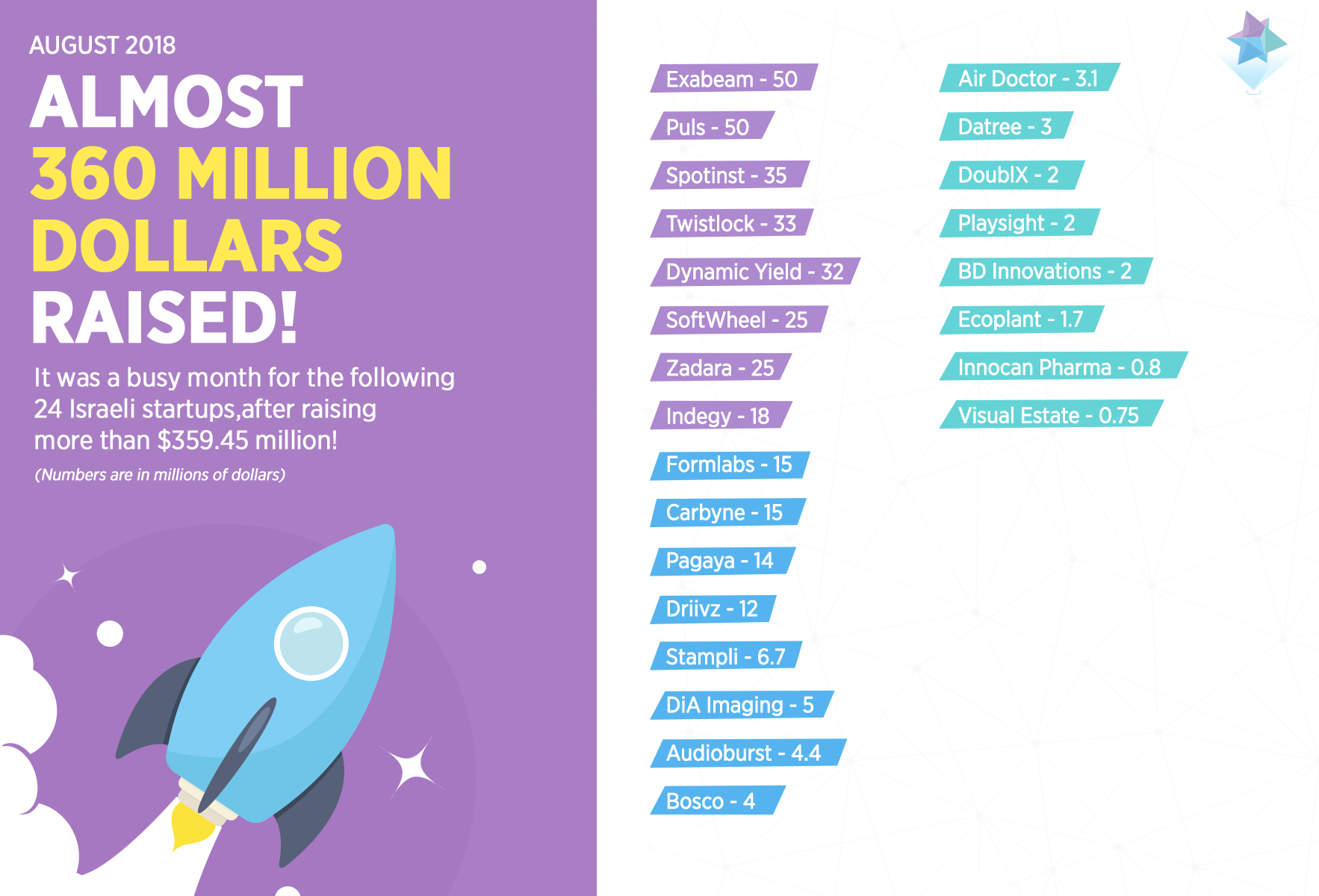