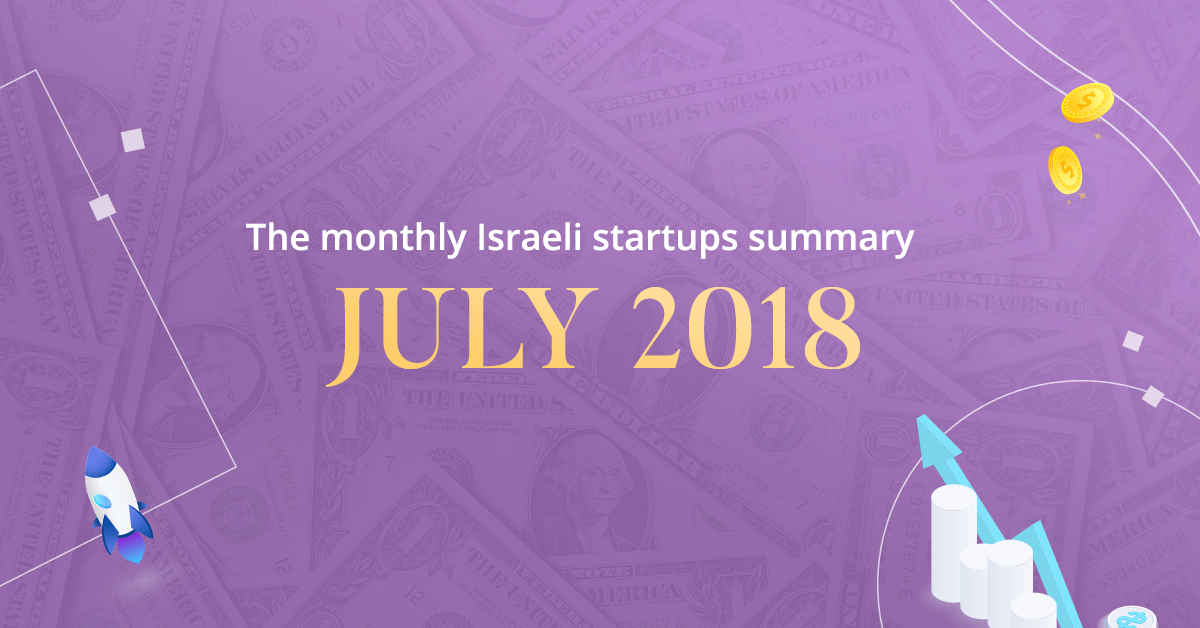 Wow, July was crazy. Not only we witnessed some exists, like Datorama being sold to Salesforce for $800 million or 10bis sold to Takeaway.com for $157 million, but also 36 startups (That we know of) raised the total amount of $644.3 million.

On top of the list is the Israeli-Singaporean startups Trax Image Recognition, with $125 million and a valuation of $850 million. We already wrote about Trax in the past on one of our previous blog posts, so don’t hesitate to read all about them.

Next one is Next Insurance (pun-intended), online insurance for small businesses, that raised $83 million in a B round led by TLV Partners, and a total $131 million since it was founded in 2016. Pretty impressive.

3D Imaging company Mantis Vision is rocking it with a $55m investment from Samsung and others. The company’s mission is “Bringing 3D Vision to all”, and with the help of the new funds, they might be able to do so.

Monday.com, one of the startups on the rise here in Israel, raised $50 million. Monday.com (Formerly DaPulse) is a team and task management platform used by more than 30,000 teams worldwide. We except some more rounds or a huge acquisition coming head.

Google Ventures joined Kleiner Perkins in Viz.ai’s A round. Viz, that raised $21m, had developed two AI based healthcare solutions. One, to detect and prevent stroke and a second two automatically analyze CT scans. Seems like a good investment.

Another startup we mentioned recently on this month’s list in Windward, after grabbing a solid $16.5 million in C Round led by Aleph VC. Windward is a maritime-tech startup that uses AI to calculate risks and opportunities at sea.

Have you been wondering what ex-Israeli Prime Minister Ehud Barak is doing nowadays? Well, other than investing in some startups, now he’s the co-founder of a new cyber defense company called Toka. Toka’s mission is to provide various cyber-security solutions to governments and intelligence agencies worldwide and it looks like they’re off with a good a start of $12.5 million.

Trigo Vision is a new startup, founded last December, that wants to automate cashiers in retail stores using cameras and computer vision – Basically, it’s Amazon Go for everybody. This idea got them $7 million from Hetz Ventures and Vertex Ventures.

Bllush nabbed $1.2m for its new platform for eCommerce websites that automatically generates content based on the latest trends in fashion and interior design, to improve the website’s engagement. Good luck!

Let’s wrap it up with a gaming startup – Stanga Games, the developers of an interesting game called Underworld Football Manager, raised $0.5 million, added to the $0.5 million they got last December. Yes, that’s a total of $1m. 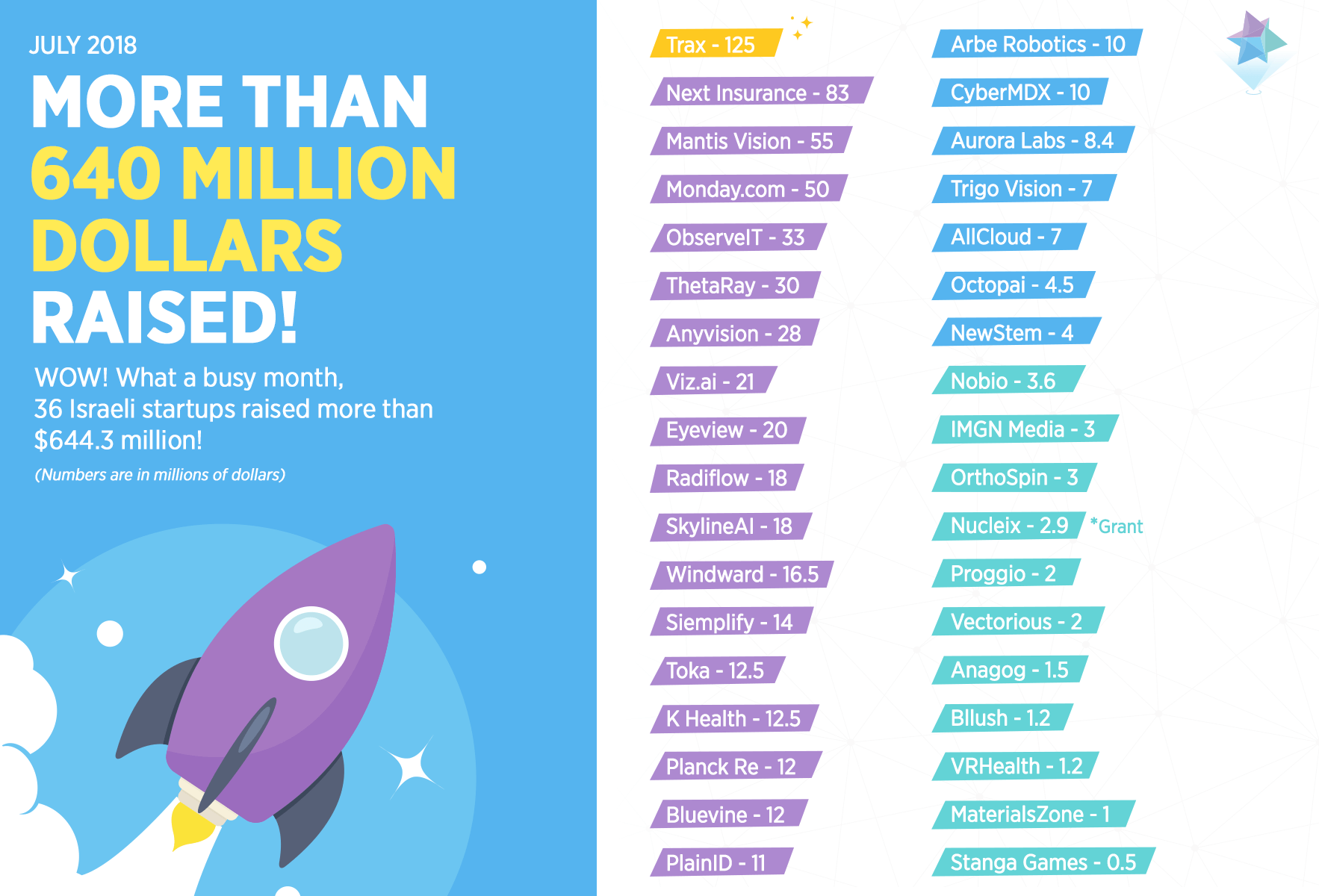