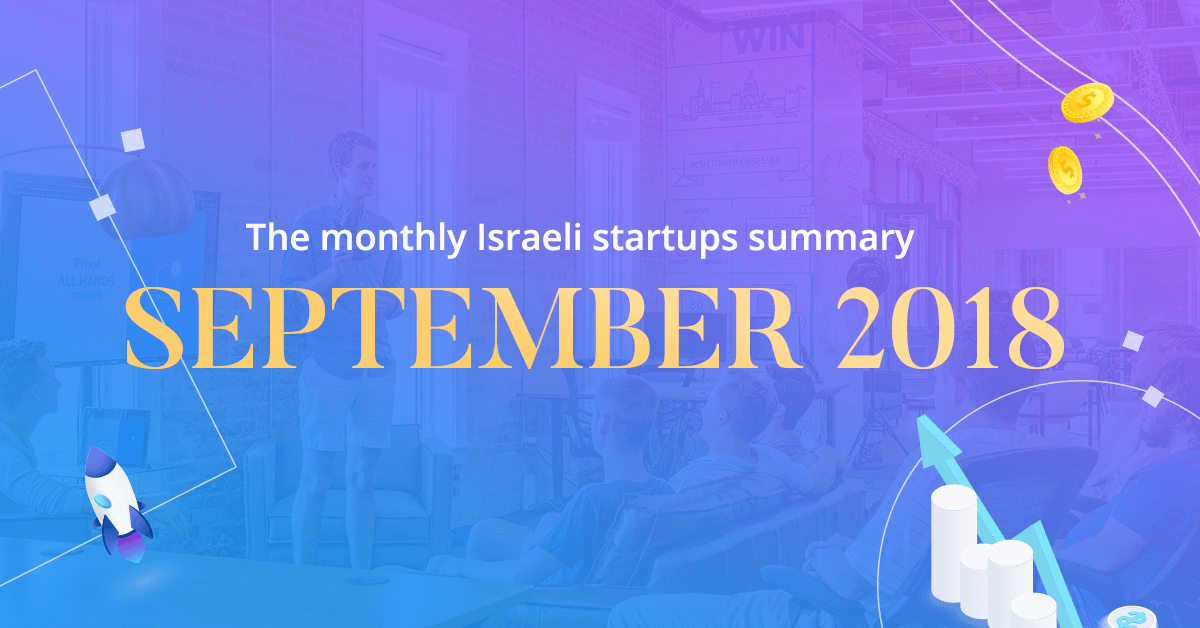 NO SUCH THING AS HOLIDAY SEASON IN ISRAEL. 30 STARTUPS RAISED A TOTAL OF $913 MILLION. COMPASS ALONE RAISED $400 MILLION.

Holiday season? Not for these startups: 30 Israeli-based startups, or founded by Israelis, raised the astonishing amount of $913.65 million in September, mainly thanks to US-Based Compass that raised nearly half of it.

Let’s begin with the leading company on this list – Compass. The real estate startup isn’t Israeli, but it was founded by Ori Allon, and it achieved greatness. With an extra $400 million investment from Japanese SoftBank, the company is now valued at $4.4 billion. So, yeah, let’s call it Israeli.

And now to the rest of the startups on this list, who raised “only” $513 million:

BI and Analytics startup Sisense raised $80 million for its breakthrough and popular software that helps companies reveal business insights from complex data instantly. No need to know code or IT. Since it was founded in 2010, the company grabbed a total of $174 million.

Freightos, not to be confused with Forter or a name of a delicious snack, raised $44.4m. The startup is actually an online freight marketplace that works with 1,200 logistics providers worldwide. Ever since it was founded in 2011, it raised nearly $93 million.

Say congratulations to Israel’s newest Unicorn – WalkMe. Yup, after raising $40m last month, and $207m in total, WalkMe is now worth over billion dollars, and joined the Unicorn club.

Time to clear the air with BreezoMeter, an app that tracks air pollution all over the world and gives the users a location-based, real-time air quality data. The startup closed a series B funding of $7.75m. Now they can breathe again.

ZenCity, the next smart-city startup on the list, is an AI tool for cities to help them analyze their citizen’s needs. The investors listened to ZenCity’s needs and gave them a $6 million investment in A round funding. Good luck.

The rest of the startups and numbers can be found in this infographic below (Click to enlarge): 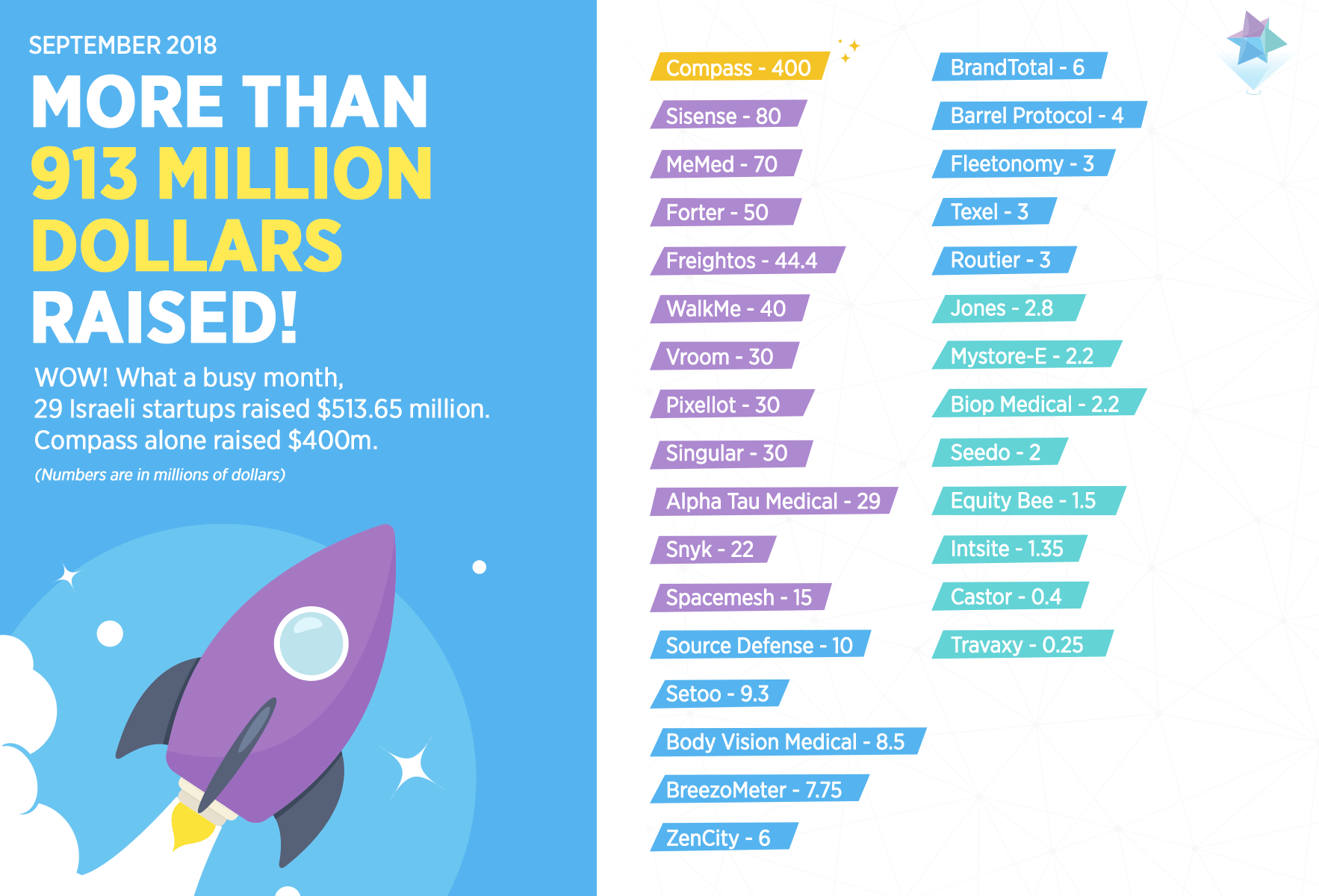