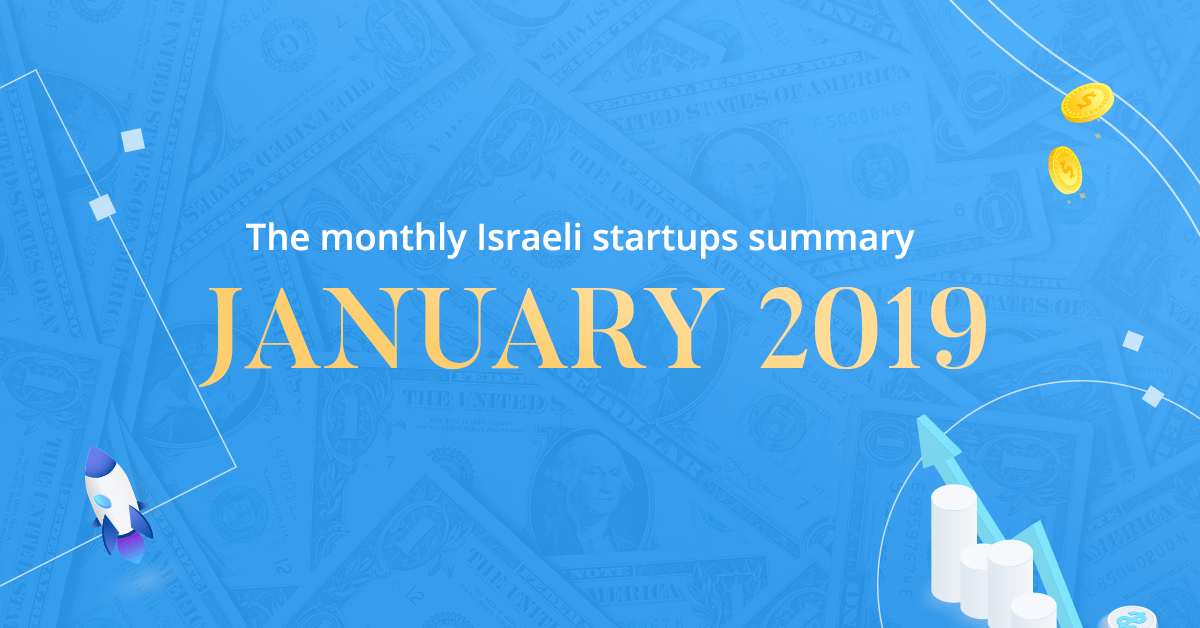 2019 HAS ONLY JUST BEGUN, BUT IT BEGUN WITH $477 MILLION INVESTMENTS AND 36 HAPPIER STARTUPS

Wait! Before we start with the list, we just want to remind you – STARTUPURIM IS BACK!

Startupurim is a “Secret Santa” game between startups that we’re organizing for the 3rd time this year. So, if you wanna take part in something awesome and become a member of the Israeli Startup Community.
Click here to sign up!

2019 started off on the right foot: 36 Israeli startups raised over $477 million this January. What a remarkable way to start a new year!

Number one on our list sneaked in almost by the end of the month – Cybersecurity startup Cato Networks has completed a $55 million investment round, bringing the company total to $125m. Cato Networks’ co-founder is Shlomo Kramer, who was also the founder of Check Point, Imperva, and Trusteer. Yeah, you might have heard of them.

The next company is a lifesaver – The contact-free health monitor EarlySense, the one you place under your mattress, raised another $39 million to keep the company’s heart beating for many more years. EarlySense was founded in 2004 and up to this date raised $145 million. It has all been monitored.

Goldman-Sachs invested a $30 million pre-IPO funding in video marketing platform Innovid. This new investment will help the company improve its Connected TV ads technology and reach new markets. Since 2007, the company raised $95 million, and it has offices worldwide.

Another $30 million investment has been quickly uploaded to Pliops’s cloud by Softbank Ventures, Intel Capital and others. Sorry for the pun, but Pliops is developing storage semiconductor processors, to improve cloud storage and database applications.

The next startups on our list, Wiliot, raised… hold it tight… $30 million! What a surprise. Anyway, Wiliot is developing mini chips that can turn any device into IoT device. This new tech sounds so promising that, that companies like Samsung, Amazon, Qualcomm, and others took part in this investment round.

Nobody knows what the future would bring, but we know the amount of capital Bringg just raised for its future – $25 million. The logistics and delivery platform that helps major brands like Coca-Cola, Panera Bread, and Walmart compete with Amazon, raised $12 million only a year ago, and a total $57m. They totally deliver it.

If you’re a machine, you better listen to this: Augury raised $25 million for its AI that analyzes the sounds machine make to predict equipment failure, like “Shazam for machines.” Including this C round, the company’s investments sum up to $51m. That doesn’t sound like a failure.

This blog post was written, letter by letter, but if we’d want to transcribe we would have definitely used Verbit. The Israeli startup that raised $23m this month uses AI and people to transcribe audio and video more accurately and faster. The AI does most of the transcribing, and then a real human checks it, corrects it, and the AI learns for next time. Pretty cool.

Now, let’s skip down a few startups until we get to a truly interesting one – SeeTree. The founders and the VCs met about SeeTree, I-N-V-E-S-T-I-N-G. First comes seed, then comes A round… Ok, that’ll do. Anyway, SeeTree provides farmers with intelligence about their crops and trees. With the recent $11.5 million investment, we expect growth.

Moving over from agriculture to gaming. Time to meet StreamElements. This geeky/coolish startup (seriously, check out the team) raised $11.3 million in a series A funding led by Pitango. StreamElements is a production platform for live streaming, especially for Twitch and YouTube Live, that enables gamification and monetization. Game on!

One of our favorite drone startups in Israel, Flytrex, founded by Yariv Bash (One of the people behind SpaceIL), just raised $7.5 million. Flytrex is developing delivery drones to compete with Amazon, and the company will use the new investment to expand to North Carolina.

Okay, after pretty big numbers it’s time to talk about one who raised “just” $1.5 million. LitiGate is a new-ish startup, founded in 2017, to help litigators get their work done easily using AI and text analysis.

Check out the full infographic below: 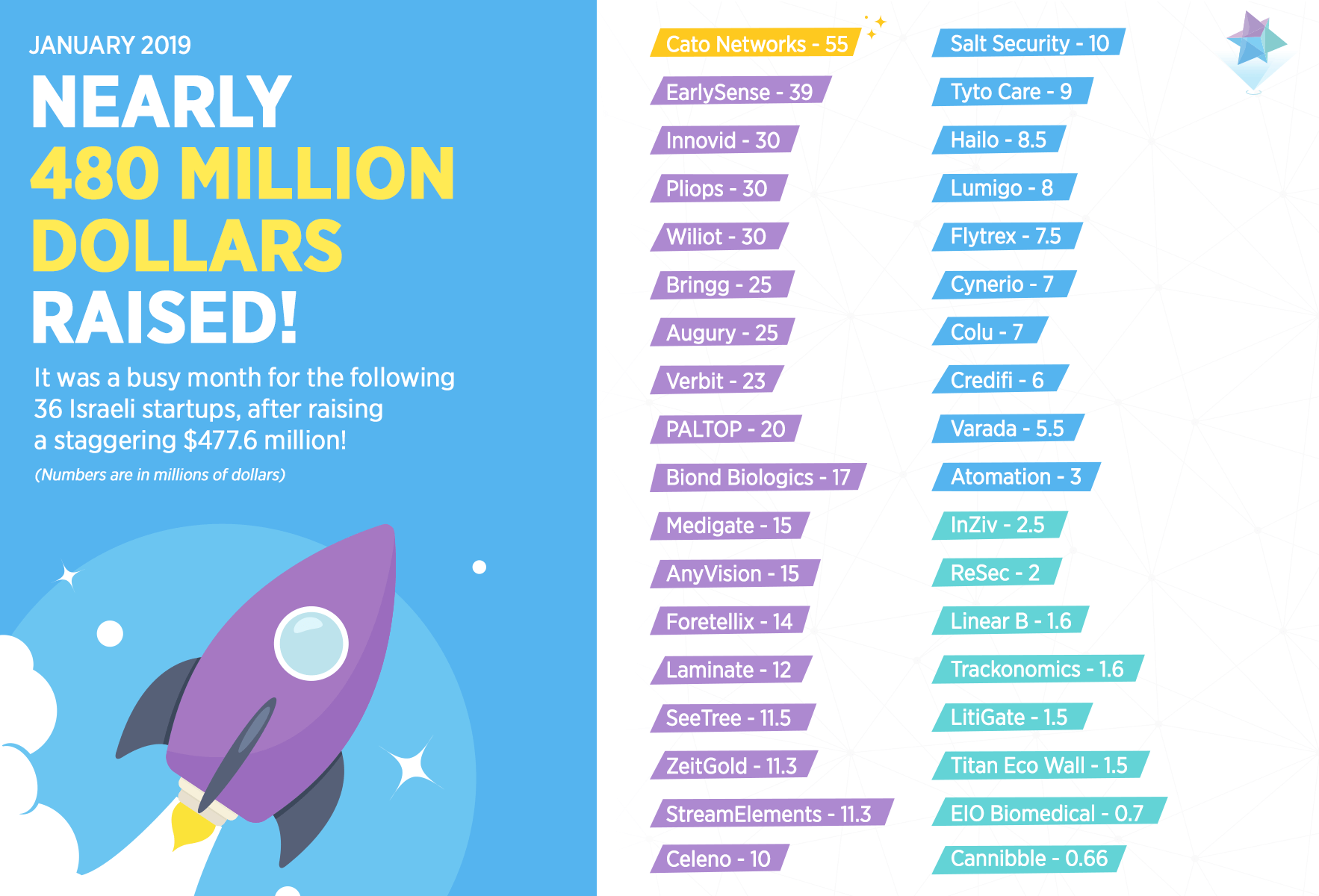