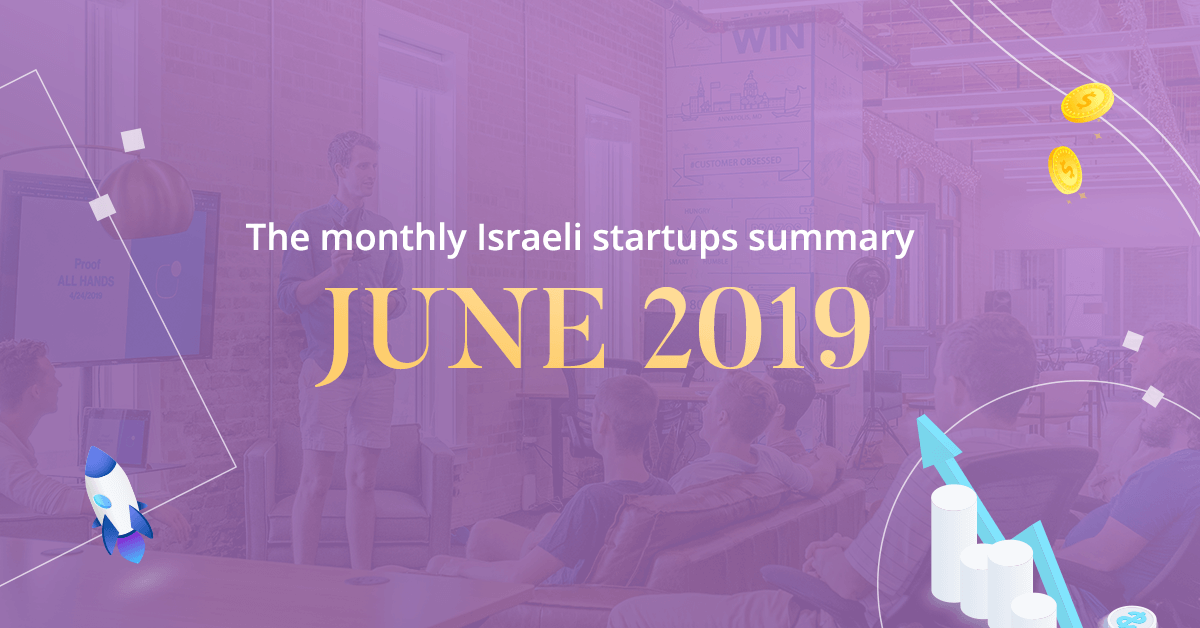 Time for some good news: 39 Israeli tech companies raised (or were granted) nearly $690 million this June.

June is over, springtime in Israel is now officially over, and it was the perfect time for growth: For trees, plants, and Israeli startups. It’s time to see which startups were covered in green ($$$) this month. And what a month it was – 39 Israeli startups raised over $680 million.

Number one on this month’s list in SentinelOne, an Israeli cybersecurity (obviously) startup that provides autonomous endpoint protection. In its latest Series D funding, SentinelOne raised $120 million led by Insight Partners, reaching a total of $230 million.

Time to celebrate with Cellebrite, one of the biggest cyber tech companies in Israel. Ok, we admit, it’s not a startup, Cellebrite was acquired by Sun Corporation back in 2007, and yet, they raised $110 million just this month. The investment was led by IGP who now owns 25% of the company.

Wait a minute, don’t leave just yet – Minute Media raised $40 million this month! Minute Media is the owner and publisher of several sports-related websites, powered by content like 90min and 12up. The startup, located in Tel Aviv, raised already more than $115 million in total. GOAL!

Venn is one of the most interesting startups founded here in Israel. It’s more than just an app or software- it’s an entire neighborhood. Venn developed a unique urban neighborhood model of apartments and shared spaces, helping the residents live a community-oriented life full of activities, culture, co-working spaces, and other benefits. The company began in the Shapira neighborhood in Tel-Aviv, and after successfully implementing this model in Bushwick (NYC) and Friedrichshain (Berlin), they raised $40 million this month. Cool!

AnyVision provides facial, body, and object recognition solutions to various industries- from security to gaming or home appliances- making AI accessible to the world. AnyVision raised an extra $31 million last month and completed a $74 million series A funding. Well, after raising so much, they do deserve some recognition.

RapidAPI is an open-source API marketplace. Not that interesting, right? Well, this successful startup, rolling millions of dollars each year by offering over 10,000 APIs for companies and developers, was founded by a 17-year-old named Iddo Gino (today he’s 23). Even more exciting? This month, RapidAPI raised $25 million in a B series funding led by Microsoft.

AI chip manufacturer NeuroBlade emerged from stealth mode and announced a $23 million A round. The startup, founded in 2017, is developing next-generation processors, promising fast general purpose AI execution with no memory bottlenecks and no accuracy compromises.

Sugar, spice, and raising some funds: Israeli Foodtech startup DouxMatok raised $22 million to continue developing its sugar and salt reduction solution. The company is a pioneer in the development of Targeted Flavor Delivery, enabling an improved nutritional profile of foods while retaining the same taste. SWEET (and healthier)!

Israeli satellite communications company hiSky, which are the developers of Smartellite, the world’s first low-cost satellite network operator, received an $11.3 million grant from the UK Space Agency and opened a subsidiary in the UK. This new grant will help hiSky stay above the ground.

Need groceries? Meet Quik (Formerly known as BringBring), an online supermarket that guarantees fast (and free) delivery, just like Amazon. The $10 million investment was led by the Israeli Super-Pharm and the Coca Cola Company. Nice!

One of the most troubling things for every startup, or even an enterprise, is looking for existing (or non-existing) patents. Similari, founded in late 2018, is an AI-based solution that helps companies easily search for patents, and reads and analyzes patents in order to understand their meaning. They raised $1.4 million, enough to patent their technology. Good luck! [Source: StartupNation Central]

Orthopedic implant solutions company Active Implants, based in Netanya and in the US, has won a €1 million ($1.13) grant under the European Union’s Horizon 2020 program. The company would use the money to develop a meniscus implant, one of the most common sports injuries. 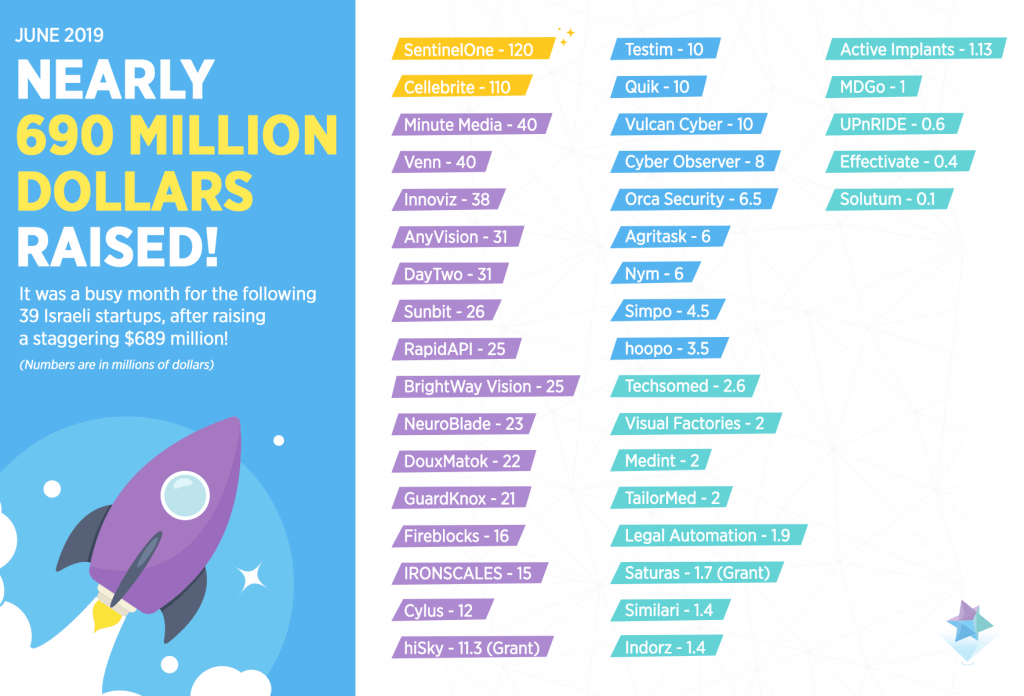 Have an amazing summer.

We’ll see you here at the beginning of August with more startup news. Or you can just follow us on Facebook – Startup Israel Community.