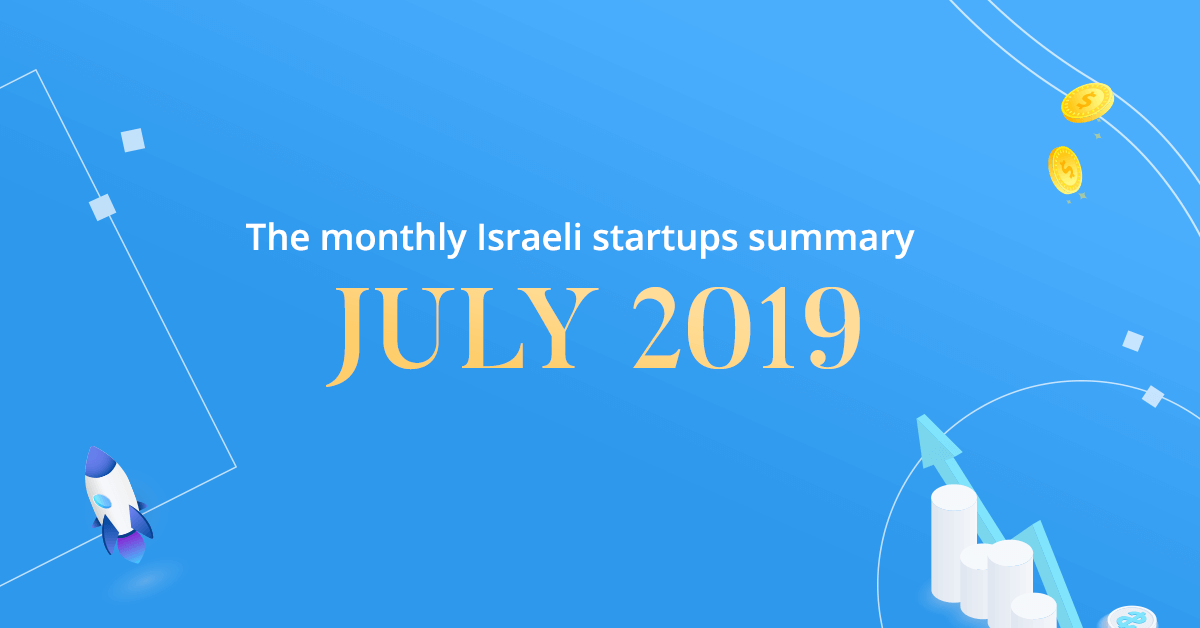 HOT SUMMER IN THE STARTUP NATION: 37 ISRAELI STARTUPS RAISED OVER $765 THIS JULY, SOME SUCCESS OVERSEAS, AND THREE NEW UNICORN COMPANIES WERE BORN.

Hot summer! 36 Israeli startups raised over $765 this July, and three new Unicorn companies were born. We have a lot to cover, so let’s cut to the chase and tell you about some of these investments.

On the top of our list is the company that’s nearly impossible to search for in Google, because you immediately get directed to its website: monday.com. The very well known and popular collaboration platform raised $150 million at $1.9 billion valuation, and we got ourselves a new unicorn. Great!

Yesterday, on the last day of July, and only a day after monday.com announced their $150 million round, Jerusalem-based Lightricks took the crown and became Israel’s newest unicorn with a $135 million C round at a $1 billion valuation. Lightricks is the developer of incredibly successful creation apps like Facetune, Enlight, Swish, and more. Welcome to the club!

Another new unicorn is Trax Retail, that raised $100 million this month and became the second Unicorn in Singapore, where it is based. Trax uses computer vision to scan store shelves in real-time and provides useful insights to its customers. It looks like the company used the money for shopping.

Graduway is another Israeli startup that’s based somewhere else – this time in London (but has offices in Raanana). The super-popular platform for alumni, with over 15 million students and 1,000 customers, raised $60 million this month. With the new funding, they might be able to afford office rent in Tel-Aviv. Kidding.

Afraid of bombs planted under your car? UVEye has the solution for you! Well, a solution for people with real needs. UVEye now provides full vehicle inspection systems (Yes, also under the car) that can be used for fleet management, car sharing, periodic inspections, and more. The startup raised $31 million this month in a round led by Toyota and Volvo.

Turn on the lights! Innovative and energy-efficient LED lighting manufacturer Juganu raised $23 million this July in a B round LED by Viola Growth. Pun intended.
Anyway, you should read more about Juganu. Their idea sounds amazing.

Next up – BLender, a global provider of e-lending solutions that enables people to lend to other people, cutting the banks and credit card companies. They received $22 million in debt financing, but rumor has it that BLender also got some equity funding. Lend me some.

While everyone is tired of new social networks, sometimes  a truly important one pops up: Belong is the largest social network for cancer patients and caregivers. Belong – Beating Cancer Together, is a free cancer patient navigation app that allows patients and their support network to explore and better manage their treatment journey while improving their quality of life. The company raised $14 million this month in a Series B funding.

Wait a minute, let us introduce you to Minute, an AI-powered video enhancement that automatically creates smart teasers for video content, like a recap for soccer matches, etc. Anyway, let’s sum this up for you – Minute raised $8 million and a total of $12 million so far.

Choo Choo! The railway security startup Cervello is back on track with a fresh (and first) $4.5 million investment. Cervello, founded in 2017, provides cybersecurity solutions for rail and metro signaling systems.

Imagine that instead of reading this text, a bot would it read for you, but you could also talk back with the website like it’s Siri or Alexa. Sounds great, right? Well, that’s what Airbud is doing, turning websites conversational. That incredibly cool idea got them a $4 million investment.

And last but not least, with a $800k pre-seed investment, is Emerj, an employee mentoring and professional development platform, founded by the female Haredi entrepreneur Chedva Kleinhandler. You can read more about Emerj and Chedva in our previous blog post.

Check out the infographic to see who else raised some capital: 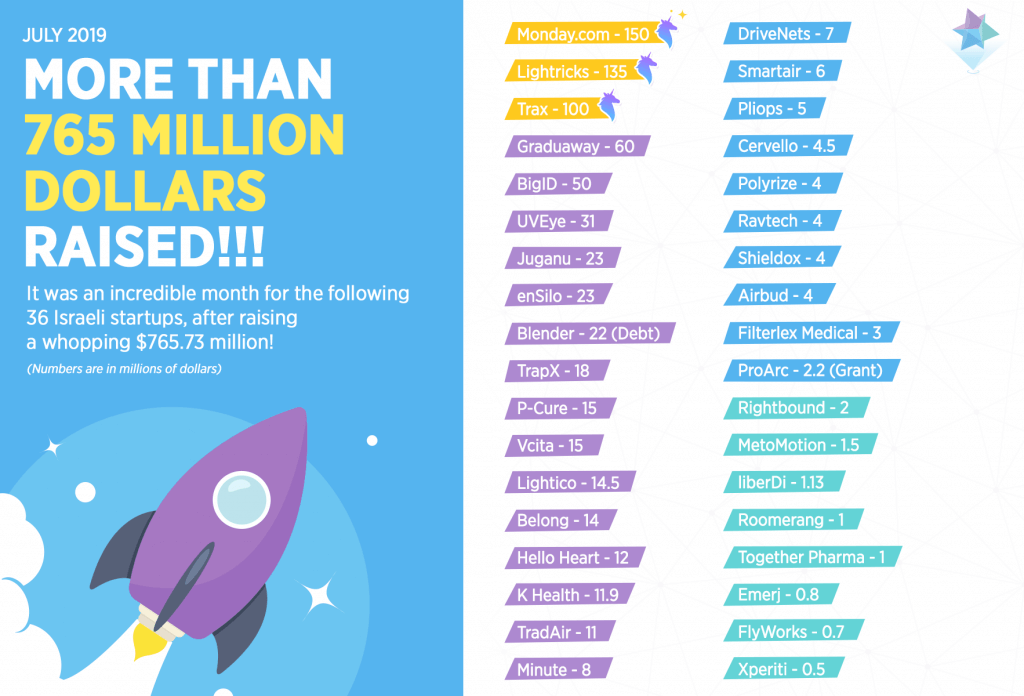