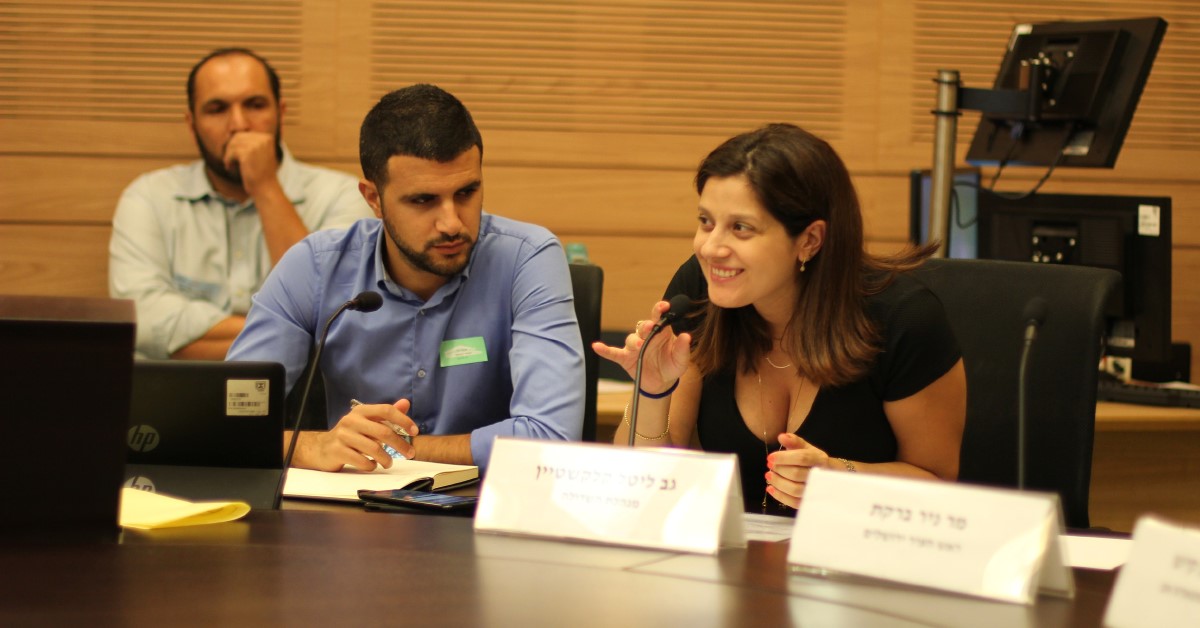 THE ISRAELI STARTUP LOBBY MET TO DISCUSS ONE BURNING TOPIC - JERUSALEM. HOW CAN THE GOVERNMENT HELP THE ISRAEL'S CAPITAL BECOME THE BEST ECOSYSTEM IN ISRAEL? 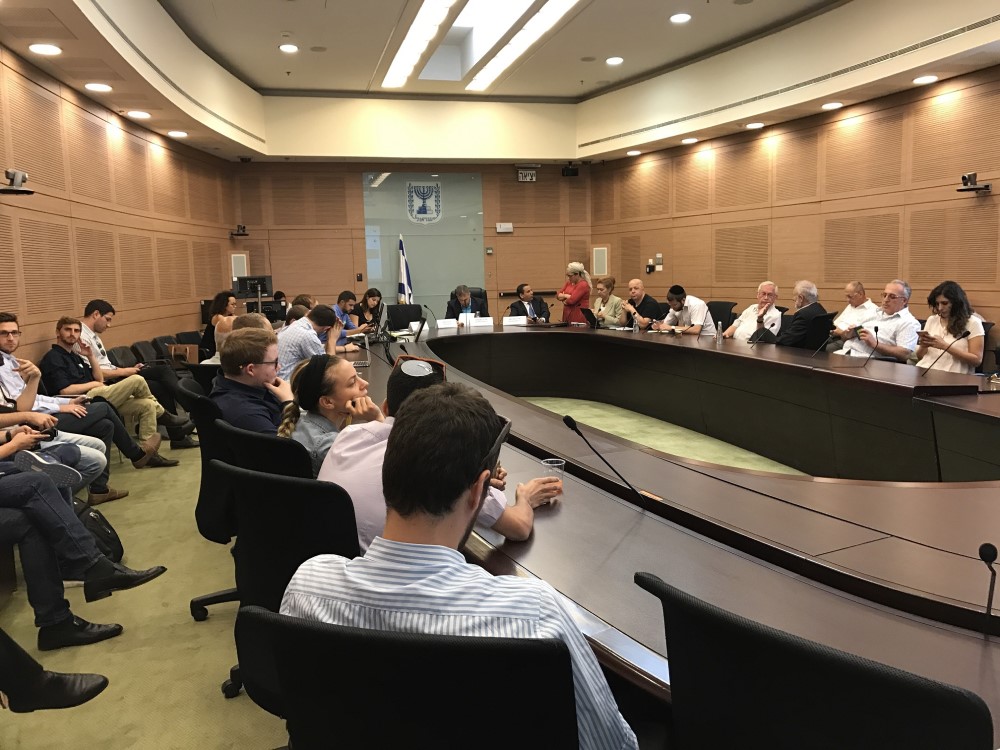 The House Committee at the Knesset

Part of our group’s main activities was founding the Israeli Startup Lobby almost two years ago, along with MK Yoel Hasson and MK Yoav Kisch, to facilitate communication and collaboration between the local government and the entrepreneurial community. We met yesterday at the Knesset House Committee to discuss one main subject – Jerusalem’s ecosystem. It’s startups, programs, community, VCs, burning issues and future plans. Mayor of Jerusalem, Nir Barkat, joined us for this gathering and gave his insights about the city.

Jerusalem, according to recent research, is the home for 550 startups, 10% of all the startups in Israel, 12 accelerators, 18 VCs and 14,500 employees in the tech industry. Also, their community is arranging more than 350 events and meetups every year. Jerusalem nearly made it Startup Genome’s list of world’s 20 top start-up economies, and this research was made before the $15.3 billion acquisition of Mobileye by Intel. This acquisition is changing and will change, Jerusalem’s ecosystem by branding it as “Autotech City” or “Computer Vision City”, while also creating thousands of new jobs.

MK Yoav Kisch, one of the founding members of the Israeli Startup Lobby, who also arranged this Jerusalem-themed gathering, kicked off the one-hour event with his opening words.
“There’s a perfect infrastructure for industrial development in Jerusalem, and we are the ones who need to make it happen”. He continued, “Jerusalem already has its own advantage – The Hebrew University – considered one of the best universities in the world. Add to that the two hospitals operating in the city where they teach and study about health-related technologies. These factors are enabling the development of technology companies in the city.”
He also mentioned the security situation going on these days in Jerusalem and said that it shouldn’t affect the economic growth, but make it even stronger. 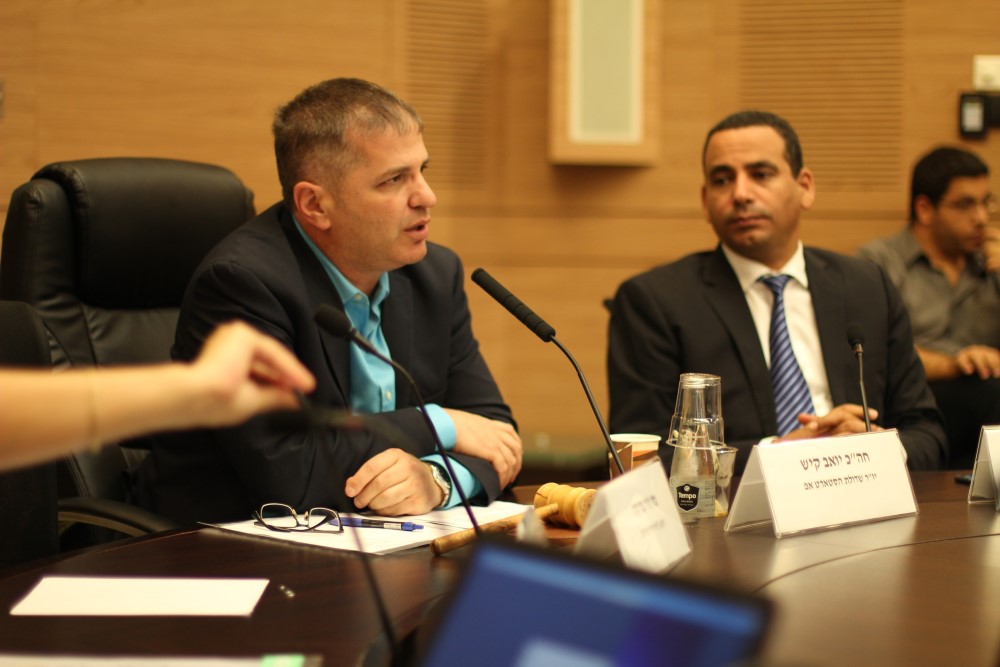 MK Yoel Hasson, also a founding member of the lobby, spoke afterward, “Jerusalem’s economy is mostly based on the public sector, but it seems that it’s heading in another direction – to the private sector. A major part of the public sector in Israel is hi-tech, and even before that, the startups and the entrepreneurship we wish to promote.”
He continued with saying that Jerusalem needs to become the center of attraction for entrepreneurs, “The acquisition of Mobileye really helped the city and put in the front, and proved that Jerusalem can be the base for these activities. Even Mobileye began from an idea of one person in a tiny room, and Yoav and I came here today believing that every one of you thought of making the next Mobileye, the next idea that could make a big change locally and globally.”
“Jerusalem is considered a poor city, a city that needs the government’s support to survive financially. We need to get Jerusalem out of this place. It’s a magnificent place with huge potential and wonderful people. It needs more push towards entrepreneurship. It needs to become less dependent, but a city with its own successful economy. This will take Jerusalem to new heights.” 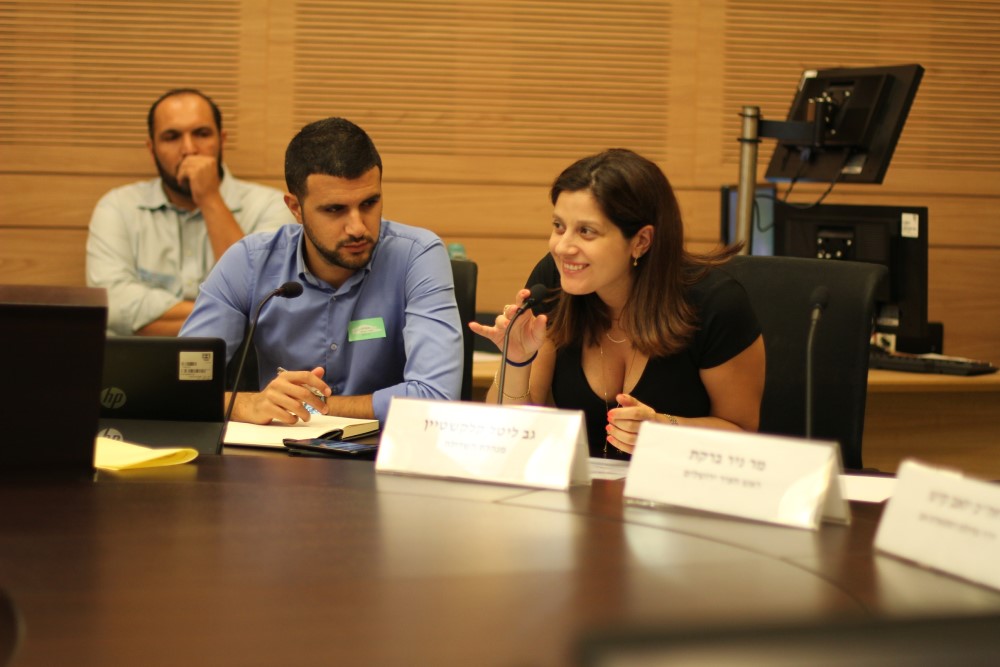 Right after, spoke Lital Kalkshtein CEO of GKI Group, who temporarily replaced Gal Kalkshtein as the CEO of the Israeli Startup Lobby, and mentioned the reason for gathering – Unite to come up solutions for improving the ecosystem, but also to learn and implement these solutions in other cities all over Israel.

The main guest for this event was Nir Barkat, the mayor of Jerusalem, he explained about his ideas for the development of the city, based on two theories. “First theory by Prof. Michael Porter, about competitive strategies, saying that every area or city should focus on one or few things it’s doing best, that’s the way to accelerate the economic development. Jerusalem is perfecting two main fields: First, regarding health, biology and hi-tech, revolving around The Hebrew University. The second one, the field of tourism and culture. Second theory by Prof. Richard Florida, saying that only two sectors will survive in the future – Services (such as hospitality) and Creativity, such as science and art.”
“Jerusalem needs to learn from other cities how to create an attractive ecosystem for entrepreneurs. Not only as an ecosystem for business but also an ecosystem for the creative people. Where creative people want to flourish there’ll be a better future. That means that both theories by the professors are completing each other, one says to create an attractive place for business, while the other an attractive place for adults, artists, entrepreneurs, filmmakers, etc.”
He continued, “A few years ago we checked, regarding the tech industry, how people choose where to live, and why they should come to Jerusalem rather than anywhere else. The results will surprise you – It’s where their spouse wants to raise their children. That means there’s a strong connection between the social field and the economic field. If we want people to come and work in Jerusalem, we need to create an environment that’s fun to live in.” He gave more examples, and summed it all up, “Whoever thinks that you can invest in tech without investing in the quality of life is wrong. The government should not only give technology grants, but social grants as well.” 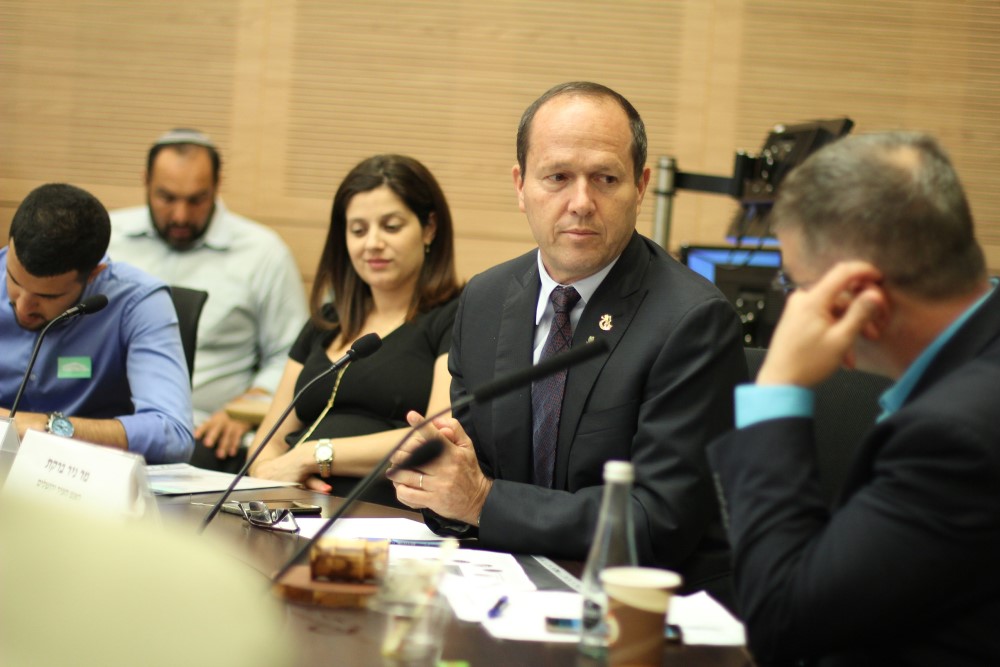 Itzik Ozer, from JDA (Jerusalem Development Authority), talked about JNext program, a joint project of the JDA, the Ministry of Jerusalem and Diaspora Affairs and the Municipality of Jerusalem. It aims to strengthen and empower the technological ecosystem in Jerusalem. They grant benefits to local startups and helped the city’s ecosystem rise – In 3 years, Jerusalem became the home of 10% of the startups in Israel.

Ben Weiner is a Managing Partner at Lightspeed Ventures, a VC intended to invest only in startups from Jerusalem said: “There’s no money in Jerusalem”. He means, not a lot VCs are investing in Jerusalem, and most of the investors are not from Israel. He flew abroad, to Denver, to Memphis, to look for investors. 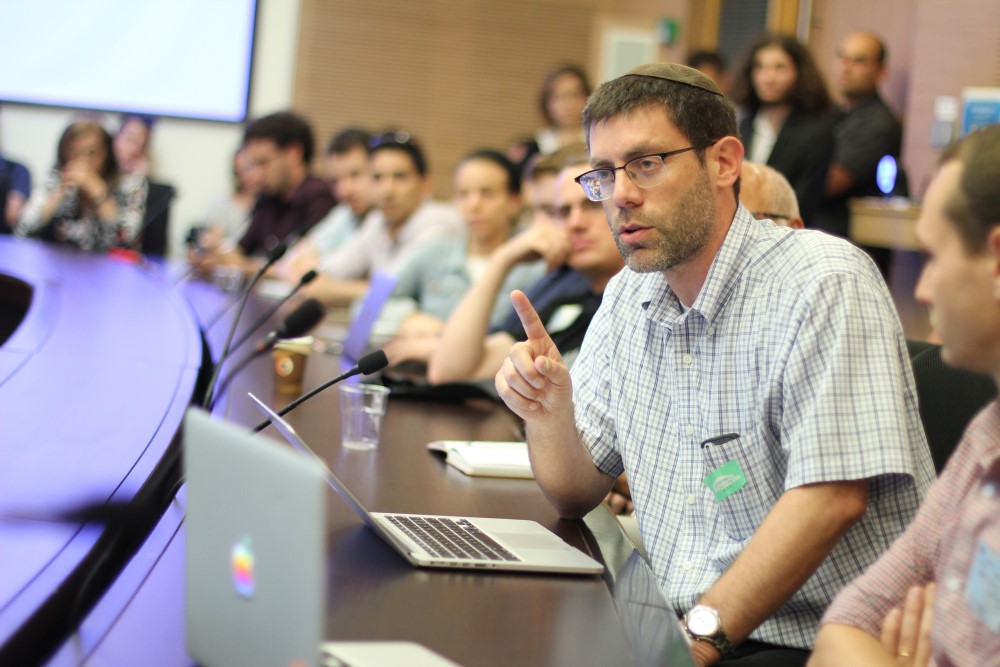 MK Ayelet Nachmias-Verbin also joined the table, and expressed her concern about the lack of female entrepreneurs, in Jerusalem and in general. She wants to see more women-led startups, arrange a special meetup for women and even build a hub, just for them. 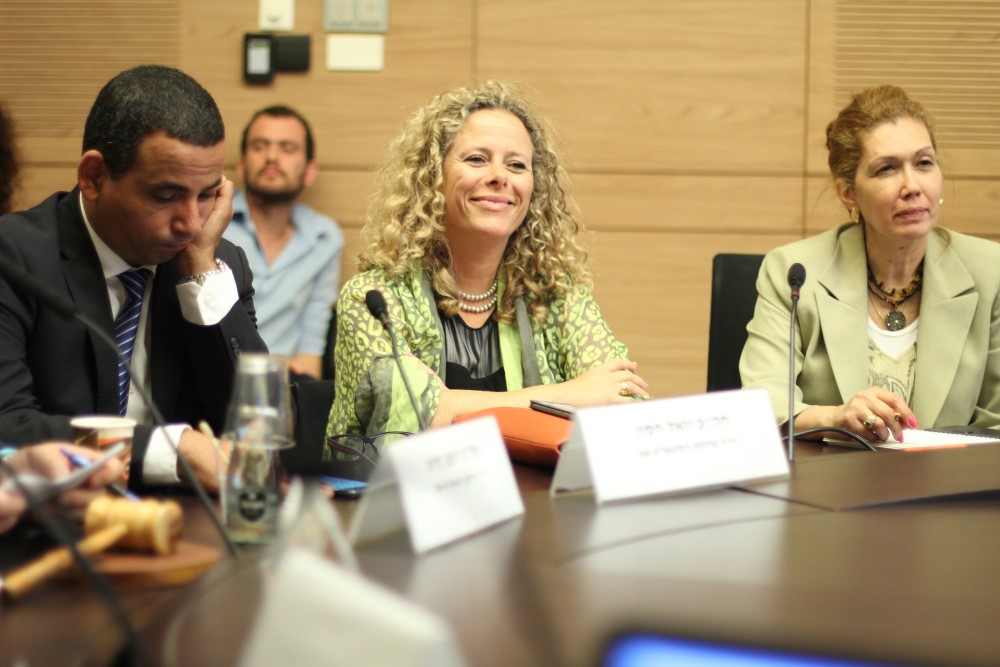 Hanan Brand, co-founder and partner at Made in JLM talked about the implications of Mobileye’s acquisition. “Companies are coming to Jerusalem to learn about autonomous cars, and we should turn Jerusalem into a world hub in this field and others: Computer Vision, AI, Algorithmics.” He thinks Jerusalem should be branded as “The Autonomous Car City” and Mobileye should start piloting in the city.

Yitzik Crombie came to talk about Haredi (Ultra-Orthodox) in Israel. He said that that is only about 800-1000 Haredi employees in the tech industry, only 3%. He decided to open BizMax, a hub for male Haredi entrepreneurs with a place for 150 companies. At the moment there are 70 companies, and they arrange workshops and meetups. One startup that started from Bizmax raised $3 million. 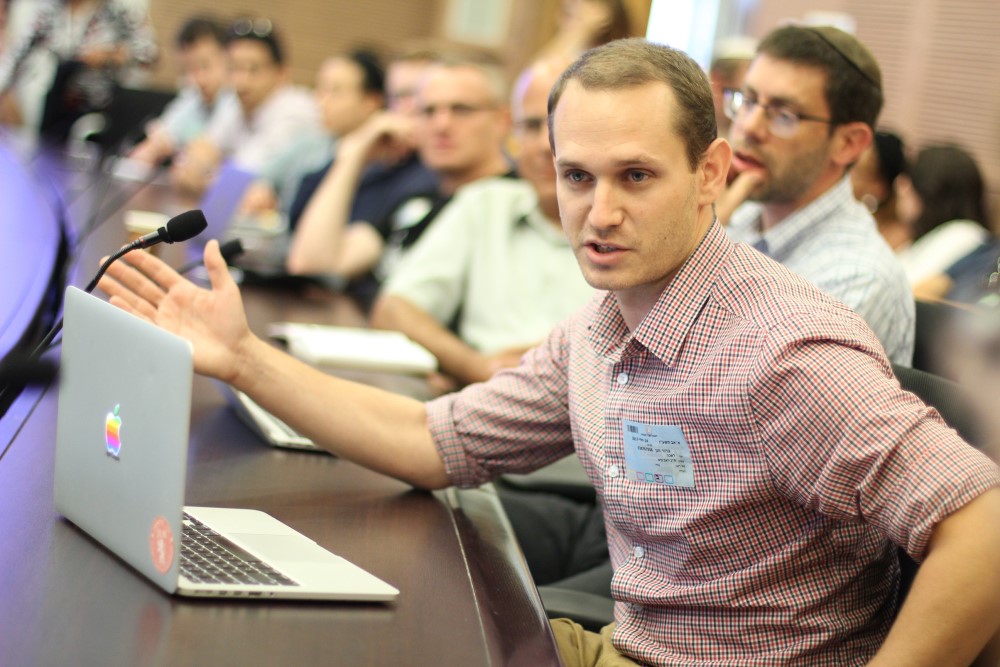 Hanan Brand, Made in JLM

This lobby meeting handled some important topics, all about Jerusalem’s ecosystem. They talked about the issues – Involving more female entrepreneurs, ultra-orthodox and Arabs, and the lack of human resource and programmers. But they also talked about the strengths of Jerusalem – The autonomous cars and computer vision technologies, the Hebrew University, and the amazingly supportive community. Jerusalem’s ecosystem evolved rapidly and is on its way to becoming one of top 20 in the world, and second to Tel-Aviv. Who knows, maybe in a few years, it will be first, but until then we have a long way to go, and many problems to resolve.