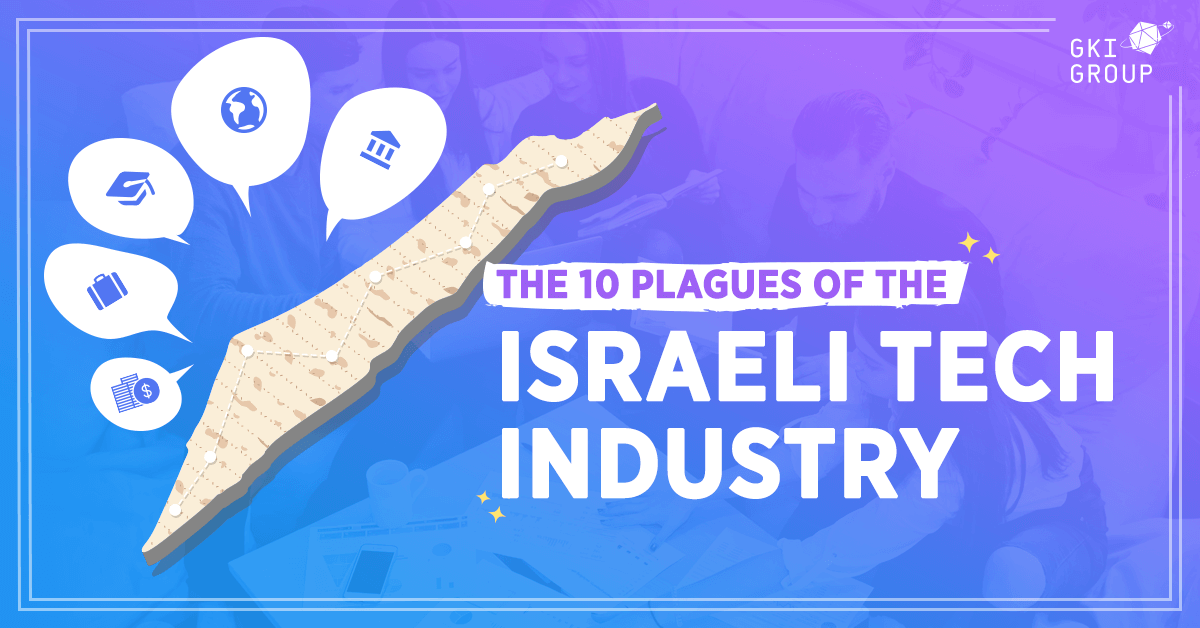 THE 10 PLAGUES OF THE ISRAELI TECH INDUSTRY

PASSOVER IS HERE, SO WE DECIDED TO DIG FURTHER INTO THE ECOSYSTEM AND TELL YOU ABOUT THE 10 PLAGUES OF ISRAELI TECH INDUSTRY.

It’s been quite a while since our exodus from Egypt, since our people went from slavery to freedom and since we settled in Israel and established the Startup Nation. These days are long gone, but today, we have some other modern problems to deal with, problems that prevent Israelis from escaping “modern slavery” (working for an emerging startup) to the desired exodus (exit). So, in the spirit of Passover, here are the 10 plagues of the Israeli tech industry:

Well, this article may sound pessimistic, like the end of the world (or at least the Israeli ecosystem), it may be true in the near or far future if we don’t solve these problems, but there’s still hope to hold on to. Most of these “plagues” are addressed and handled by the Israeli Innovation Authority, who are putting efforts on resolving them: encouraging diversion, encouraging investments and growth in the periphery and granting investments to new breakthrough startups.
Besides the authority, many good people are initiating many good things: new startup bootcamps, programs to encourage women to code, programs to involve Arabs and Ultra-Orthodox in the industry, and hubs opened in different spots to enable entrepreneurship in these areas.
The Israeli spirit doesn’t break that easily, and every failure teaches something new. The fact that we still have hundreds of investment and acquisitions every year, people opening new startups, and Israel is still ranked as one of the top tech ecosystems in the world despite the obstacles and “plagues”, is the proof that the Startup Nation is here to stay.