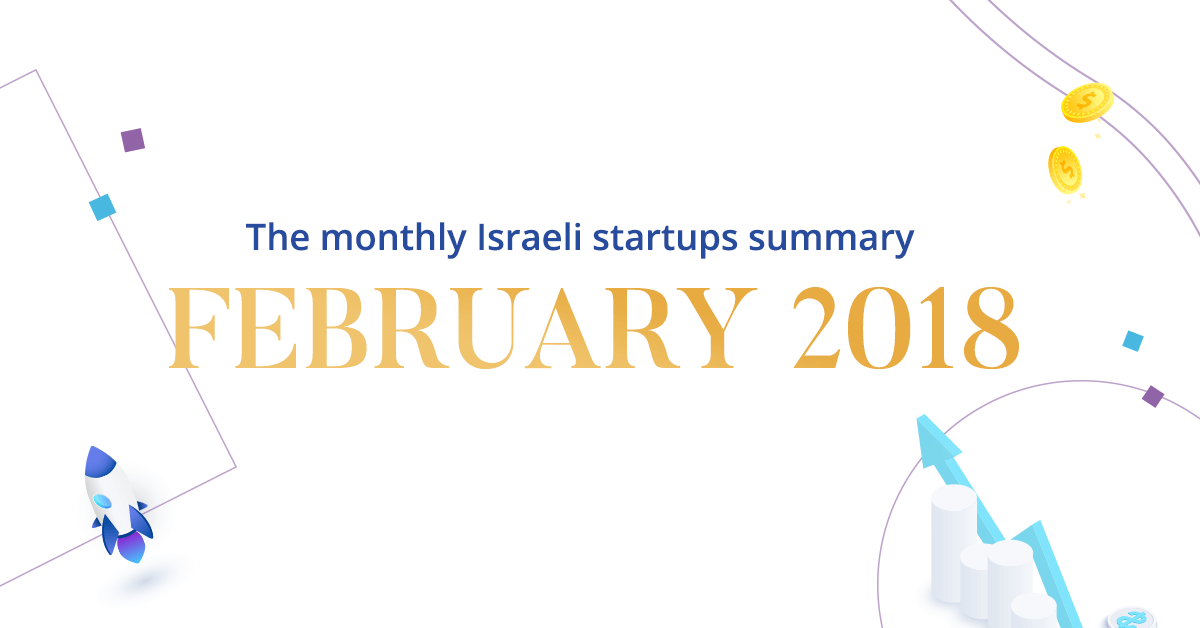 SO, WHICH STARTUPS RAISED $$$ THIS MONTH?

This February, 27 Israeli startups (that we know of) raised more than $550 million from VCs, investors and debt financing. We got some of them covered for you.

On top of the list, we can find the Fintech company Behalf, based in NY. They raised $150 million in debt financing from investors like Soros Fund Management and Viola Capital. Behalf is providing loans and working capital small to medium businesses in the U.S.

This just in – On the last day of February, the Fintech company Pagaya Investments, that smartly manages institutional money, raised $75 million in debt financing from Citi bank.

Moovit, the most popular public transit app in Israel, raised $50 million in a round led by Intel. Professor Amnon Shashua (CEO of Mobileye) joined Moovit’s Board of Directors. What are they planning?

Next one, OrCam, a promising startup from Jerusalem that we’ve already written about several times in the past. The company, building technologies that help visually impaired people to see, founded by the founders of Mobileye, raised more than $30m and it’s now valued over $1 billion. OrCam is now the third Unicorn from Jerusalem.

Tiplati, a Fintech startup with customers as big as Twitter, GoDaddy and Amazon (amongst many others) closed a $30 million Series C financing round led by Zeev Ventures. Since it was founded in 2010 the company raised $47 million, on their way to conquer the world and reach more paying customers.

One of the coolest companies on the list is CommonSense Robotics who raised $20m. The startup is building an on-demand supply chain that allows retailers and grocery shops to deliver to customers in just one hour. CommonSense Robotics was founded in 2014 and it’s among the most promising robotics startups in Israel. We’ll keep an eye on it.

Next one is Tunity, one of the apps you never thought you needed until they existed. The app (Available only at the U.S.) automatically syncs your phone to muted TVs (in gyms, hospitals, pubs etc) and streams the audio directly and accurately to your headphones. That idea brought them extra $12 million.

The last one, with “just” $1 million is PickSpace, the “booking.com” of co-working spaces. PickSpace was featured on the pilot episode of the Israeli version of “Shark Tank” and raised money from the sharks (Read in Hebrew). Good luck! 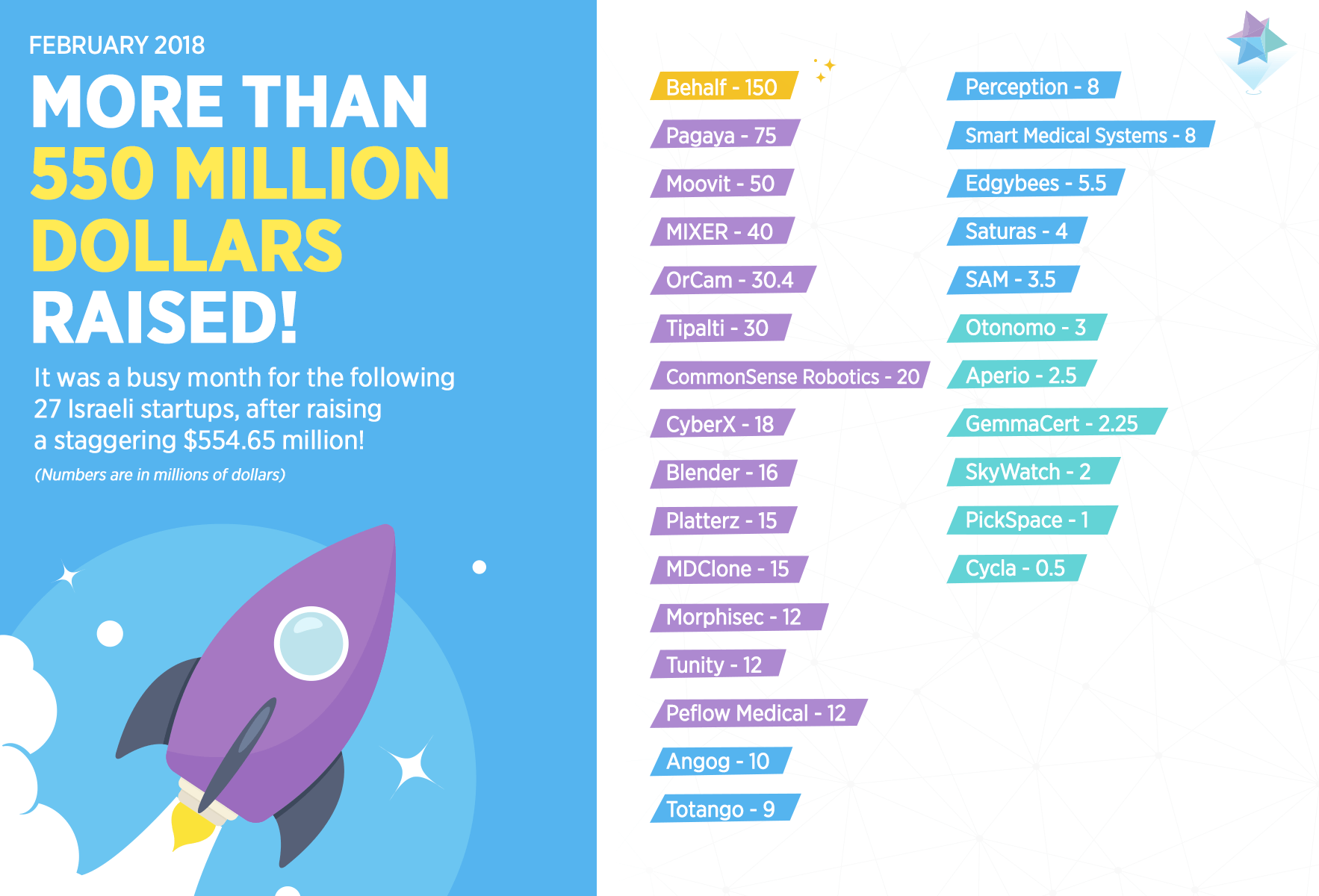